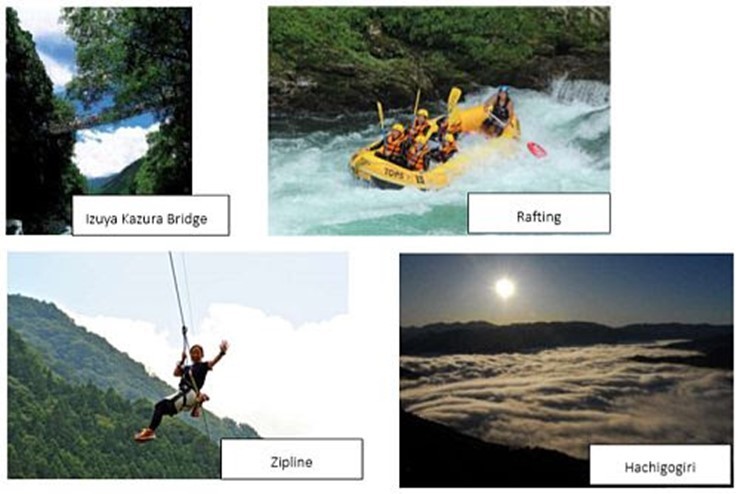 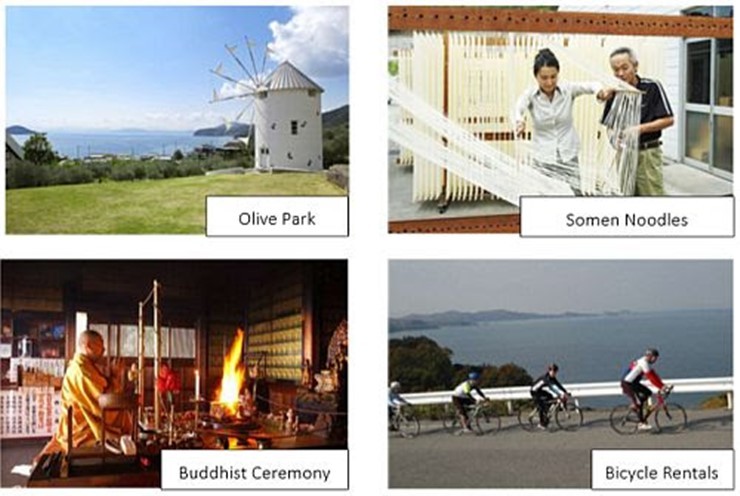 The KotoBus Iya Valley service departs once a day from Takamatsu Airport and brings tourists to the Iya Valley.

The KotoBus Iya Valley service departs once a day from Takamatsu Airport and brings tourists to the Iya Valley. On the way to the Valley, visitors can alight at a number of popular tourist areas, such as Kotohira, which is famous for the Konpira Shrine, and the Setouchi Islands where you can enjoy marine sports. After leaving Takamatsu Airport, the KotoBus Iya Valley service takes tourists through Takamatsu Port train station, and then on to three distinct areas where spectacular pristine scenery and a myriad of activities can be enjoyed, regardless of the season.

The Iya Valley, one of Japan's three largest unexplored areas, is renowned for its traditional Japanese scenery. The Iya Valley is the only Japanese destination ranked by the U.S. major travel magazine Travel + Leisure, as one of the '50 Travel Locations to Visit in 2018'. The area has recently begun attracting a number of international visitors looking to see the important national cultural treasures hidden in the Valley, such as the Izuya Kazura Bridge and the traditional thatched-roof houses that are over 300 years old.

In addition, the Iya Valley is one of the leading rafting spots in Japan, with the 2017 World Rafting Convention held at the Yoshino River in the Valley. Additional attractions for the outdoor sports enthusiast, from children to adults, include pristine nature hikes, and a world-class zip line that is 50 meters high and over 360 meters in length.

Shodoshima Island
Shodoshima Island offers a variety of experiences, which include cycling around the island on rental cycles where you pass olive groves swaying in the wind at the Olive Park or taking in the sights at superb vantage points like “Tatoubi” (beautiful view of many small islands) – many say it’s like looking at jewels of the world, hiking through mountain paths that bathe visitors in color throughout the four seasons, or at a sacred place, experiencing the burning of small pieces of wood on a Buddhist altar to invoke divine help. The Island is also known for its culinary offering: after visiting a traditional soy sauce warehouse where the barrels are made of wood, visitors can enjoy fresh seafood, and other traditional ingredients as well as somen noodles (very thin noodles) made using a special recipe that is handed down from generation to generation.

Kotohira
Kotohira is famous for the Kompira Shrine and is a hot springs town that has been regularly visited by local pilgrims since ancient times. After visiting the Kompira Shrine, Kanemaruza which is the oldest theater in Japan, is a must-see. Even just walking around the old town which transports the visitor back to the olden-day atmosphere is a delight in itself. On the culinary front, taking part in udon (noodle) making is a popular activity and a special experience unique to Kagawa Prefecture, Japan's largest producer of udon. In the evening, relaxing in the hot spring bath in one of the many traditional inns, soothes the tiredness of the trip and takes away the aches and pains of those who indulge in strenuous outdoor activities!