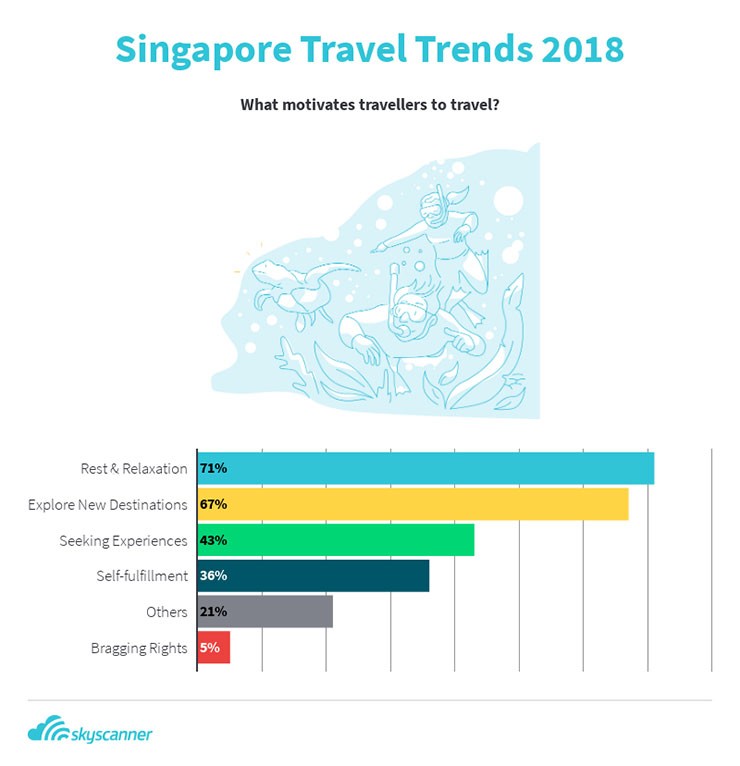 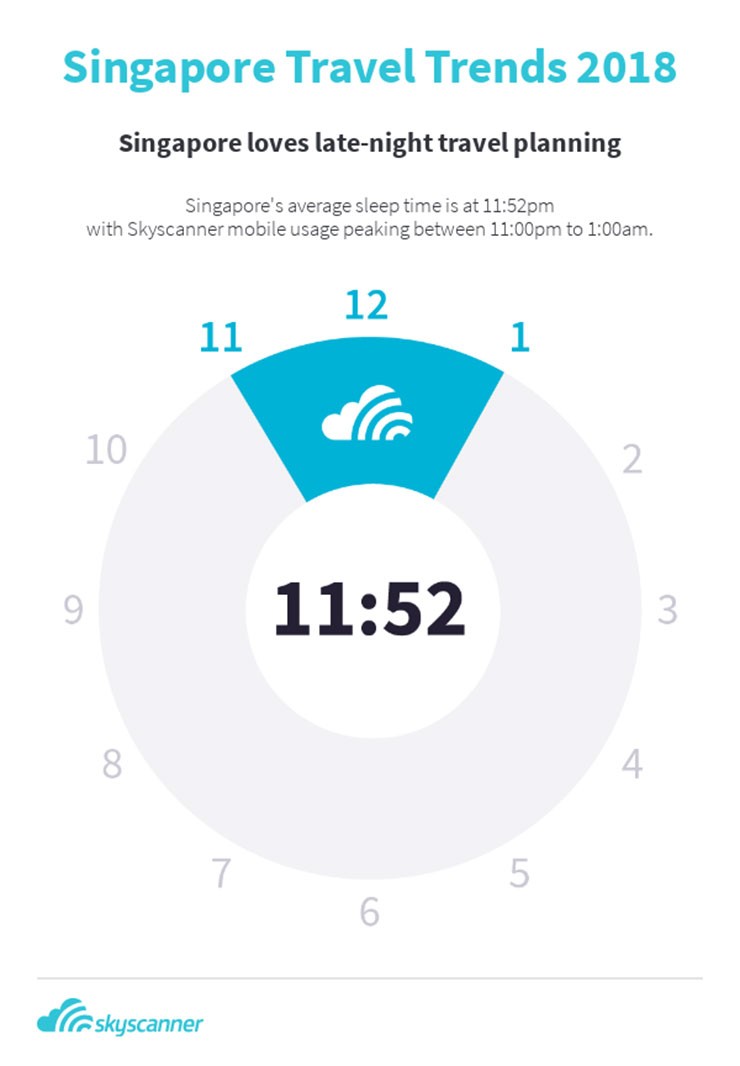 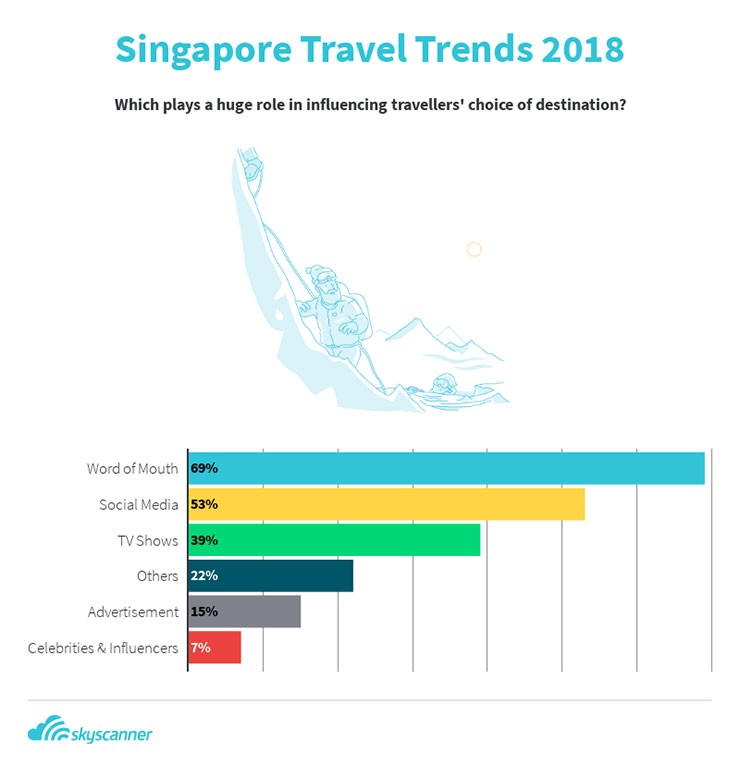 SINGAPORE - Skyscanner, the world’s travel search engine, today released its Asia-Pacific (APAC) Travel Trends Report 2018. By analysing the search and booking habits of APAC travellers, the report revealed Thailand and Japan as one of the top destinations for Singaporean travellers, while also uncovering emerging destinations for 2019 which include Ulaanbaatar, Mongolia and Jinjiang, China.

These 10 Emerging Destinations for 2019 have seen the biggest year-on-year search growth, showing Singaporeans are now shying away from the usual capital cities and opting to venture out to explore lesser-known cities (refer to Appendix for ten emerging destinations).

#GenZen seeking joy and peace in Ulaanbaatar, Mongolia
The trend of Singaporean travellers shying from big crowded cities continues with the rise of Ulaanbaatar, Mongolia. Skyscanner found that 71% of Singaporeans cited rest and relaxation as a key motivator for travel, and research from Willis Towers Watson echoed the point: 44% of local employers identified stress as the number one health issue, and 60% of employees admitted having above average or high levels of stress, making rest and relaxation during their vacation a top priority for Singaporean travellers. With It comes as no surprise that travellers are opting for off-the-beaten-path destinations like Ulaanbaatar - home to attractions such as Gandan Khiid, a Buddhist monastery which full name Gandantegchinlen, roughly translating to “the great place of complete joy”.

Konnichiwa, Okinawa and Hiroshima
While both Tokyo and Osaka have long served as Singaporeans’ gateway to Japan, Singaporeans are also constantly finding new places to explore within Japan. Okinawa and Hiroshima both saw strong growth of 102% and 170% respectively, likely owing to the introduction of direct flights to both cities, making travelling to other parts of Japan much easier for Japan-lovers.

More to SEA in Kuching, Malaysia and Padang, Indonesia
While Malaysia and Indonesia on a whole might be familiar ground for Singaporeans, travellers are now venturing further from the capital states of Kuala Lumpur and Jakarta for something a little different. Enter the Borneo city of Kuching in Malaysia and coastal city of Padang in Indonesia, which saw a share growth of 22% and 137% respectively - maintaining strong intra-ASEAN travel for Singaporeans.

20/20 (Euro)Vision via Athens and Berlin
Both Athens and Berlin saw strong growth, with 26% and 111% respectively. Local carrier Scoot introduced direct flights to both Athens and Berlin, making both cities the first long haul destinations offered by a low-cost carrier. Prior to the direct-to-Berlin flights, travellers looking to visit Germany only had options to fly into Munich, Frankfurt and Düsseldorf on full-service airlines. Just one year after the introduction, Scoot has reported over 300 flights and over 80,000 passengers to Athens, while the introduction of direct flights to Berlin also opened up cheaper entry points to Europe for many travellers.

Forget about One Night in Beijing: Singaporeans are headed to Fujian, China
Jinjiang, a small county in the Fujian province in China, saw a strong 174% growth spurt in 2018 among Singaporean travellers, jumping over 55 spots from the year before. Located just across the river from Quanzhou, Jinjiang is the closest airport to Quanzhou, a major city that was once part of the Maritime Silk Road and largest port in Asia during the Song and Yuan dynasties. Legend has it that when Marco Polo sailed from China, Quanzhou was his final port of call, and he affectionately coined the city “the Alexandria of the East”.

Other interesting insights from the report include:

Commenting on the findings, Robyn Lee, Senior Growth Manager for Skyscanner, shared: “As travel continues to become even more accessible and flight fares more affordable, we can expect more Singaporeans to opt for more lesser-known destinations for their upcoming holidays in addition to the usual capital cities, Bangkok, Tokyo and Seoul.

“The report revealed that Singaporeans are inspired by a plethora of different sources - from family and friend recommendations to destinations featured on the latest TV series - fuelling their love for travel. With Skyscanner’s wide range of flight, accommodation and car rental options, we are in a unique position to help Singaporeans travel further at the best prices and visit someplace new in 2019.”