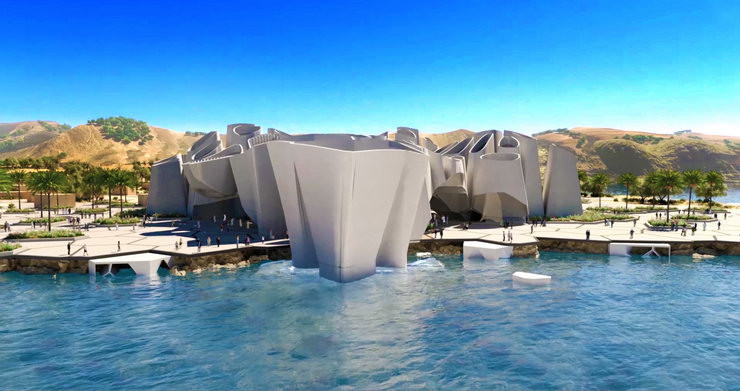 Saudi Arabia aims to grow tourism sector from 3% to 10% of GDP while reaffirming its commitment to developing the sector in line with Sustainable Development Goals.

Hokkaido, Japan - The Kingdom of Saudi Arabia has shared its vision for the future of tourism in an address made by His Excellency Ahmad Al Khateeb, Chairman of the Saudi Commission for Tourism and National Heritage (SCTH), at the G20 Tourism Ministers Meeting in Japan.

His Excellency’s address comes one month after Saudi Arabia opened its doors to the world with the historic introduction of its first tourism visa. More than 47,000 visas have been issued within the first month of the launch, with travellers set to be amongst the first to experience the diverse culture, rich heritage and beautiful landscapes previously unexplored by international visitors.

Speaking at the G20 Meeting, His Excellency shared Saudi Arabia’s strategy for developing its emerging tourism industry in line with Vision 2030 goals to build a thriving society and diversified economy that supports prosperity for all.  His Excellency also welcomed the adoption of the G20 Tourism Minister’s Declaration and reiterated Saudi Arabia’s commitment to advancing tourism’s contribution to the UN Sustainable Development Goals.

The meeting provided an opportunity to present Saudi Arabia’s plan to place tourism, one of the world’s fastest growing economic sectors, among the main priorities of discussions when the Kingdom has the honor of assuming the G20 Presidency for 2020.

On the occasion of the G20 Japan 2019 Tourism Ministers Meeting, His Excellency Ahmad Al-Khateeb, Chairman of the Saudi Commission for Tourism and National Heritage, commented: “I would like to thank H.E. Mr. Akaba Kazuyoshi and the Government of Japan for the warm welcome and engaging dialogue fostered throughout today’s meeting.

“We also would like to extend our appreciation for the opportunity to present Saudi Arabia’s tourism priorities for the upcoming G20 Presidency. Next year Saudi Arabia will have the honor of assuming the G20 presidency and we plan to place tourism among the main priorities in recognition of its significant contribution to the global economy, both socially and economically.

“As an emerging tourism destination, the Kingdom of Saudi Arabia is excited to be opening its doors to the world. We recognize the value of tourism not only as a driver of economic growth but as an important cultural bridge that increases awareness, understanding and respect. We are also keenly aware of the responsibilities this entails. Over-development and uncontrolled planning can just as easily undermine the foundations of what makes a destination unique. For tourism to work for today and for tomorrow’s generations it has to be sustainable.

“Our strategy is to grow tourism from 3 percent to 10 percent of Saudi Arabia’s GDP, and to increase visitor numbers from 18 million a year to 100 million by 2030. This will in turn provide a total of 1.5 million jobs or 10 percent of the total workforce, predominantly among the young.  We are committed to working with our partners across the tourism ecosystem to achieve these goals while protecting the economic, environmental and social wellbeing of the local communities affected by tourism.

“Throughout next year’s presidency, we hope to further expand upon the legacy of previous G20s as we work together towards creating genuinely sustainable socio-economic development across the global Tourism industry. We look forward to continuing these discussions, and furthermore to welcoming you all to Saudi Arabia in 2020.”

The G20 brings together the world’s largest economies to discuss the most important global challenges. Saudi Arabia’s Presidency will culminate in the G20 Leaders’ Summit on 21-22 November in Riyadh.

As part of the 2020 Presidency, tourism-related issues will integral be part of the agenda. Priorities highlighted include issues such as non-standard employment, and collective measures to protect the economic, environmental, and social wellbeing of local communities affected by tourism.