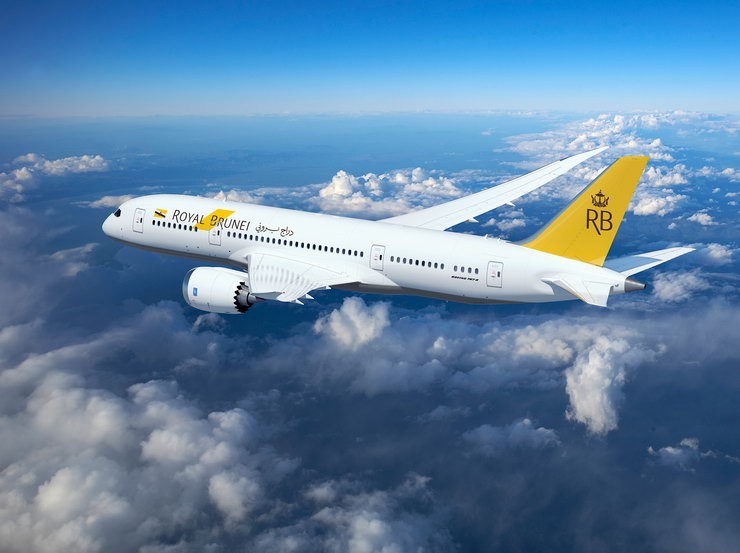 RB guest benefits include baggage being checked through to the end destination and all boarding passes issued at a single check-in point, eliminating hassle between transfers.

London, UK -- Royal Brunei Airlines guests now have more than double the destinations in the UK and Europe to choose from, thanks to a new Special Prorate Agreement deal with British Airways, which extends Royal Brunei’s network from 11 to 23 airports in the region.

Under the agreement, European hotspots such as Brussels, Rome and Nice will be connected to RB’s award-winning Asia network via London Heathrow. The short-haul routes will be fulfilled by British Airways, which first partnered with Royal Brunei in 2014, to offer domestic connections to popular UK cities such as Manchester, Glasgow and Leeds Bradford.

RB guest benefits include baggage being checked through to the end destination and all boarding passes issued at a single check-in point, eliminating hassle between transfers. Business class guests can enjoy access to both RB and BA business lounges. The deal follows the launch of the first nonstop Heathrow-Brunei flight last year, giving customers across Europe fast-track access to Brunei and beyond.

Karam Chand, CEO, Royal Brunei Airlines, says: “Europe, and particularly the UK, is a vital market for us. British Airways is a renowned airline and we’re delighted to partner with them to add 12 new destinations to our network, bringing more guests from across the region to Royal Brunei Airlines.

“With the youngest fleet of any airline worldwide, RB’s guests can travel in comfort on B787 Dreamliner and A320neo aircraft to a broad range of destinations, such as Kota Kinabalu and Kuching in Borneo; Ho Chi Minh City in Vietnam; or the undiscovered treasures of Brunei. We’ve also recently added Brisbane to our network, with flights starting in June, just in time for the UK summer holidays. As more travellers look to expand their horizons with visits to Asia and Australia, we’re looking forward to introducing our TripAdvisor award-winning guest service, generous entertainment options and competitive fares to new customers in Europe.”

Adiel Mambara, UK & Ireland Country Manager, Royal Brunei Airlines, adds: “The launch of our nonstop flights from Heathrow to Brunei last year was a real game changer for Royal Brunei. We’ve seen more guests than ever taking advantage of our direct route to Asia Pacific and UK guests can now fly from London to Australia, with a minimum stopover time in Brunei.

“We’ve also seen an increasing number of guests take the time to enjoy an extended stopover in Brunei. An exceptional holiday location, Brunei is home to untouched rainforest, rare species of wildlife and the world’s largest water village. It will be fantastic to see more travellers from the UK, France, Italy and across Europe tap into the wonders of Brunei as part of their experience with Royal Brunei Airlines.”

Royal Brunei Airlines will operate its Brisbane flight with its A320neo fleet from June 2019 with the following schedule: