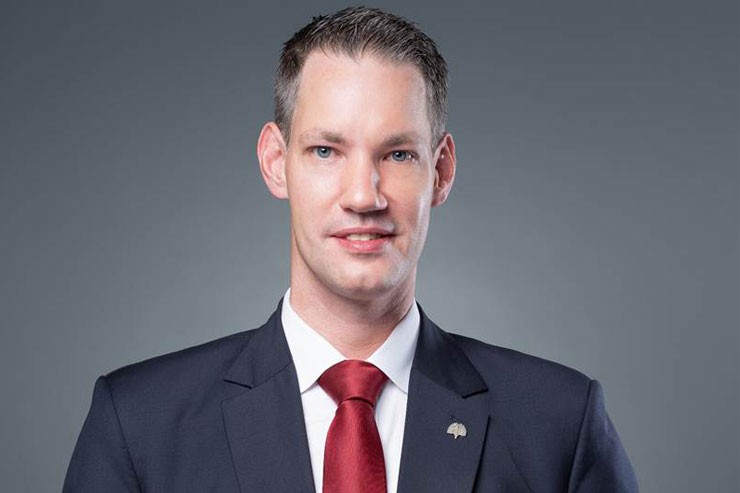 Dennis de Groot stands at the helm of the two most storied hotels in the country .

With more than 15 years’ experience in the hospitality industry, de Groot previously held hotel management positions in the Maldives, Azerbaijan and South Africa, including nearly three years at a private game lodge.

De Groot was recruited by the Accor Group in 2016 to oversee the rebranding of the Jumeirah Dhevanafushi as it transformed into the Raffles Maldives Meradhoo.

He moved to Cambodia in 2018 as Hotel Manager at Raffles Hotel Le Royal and was originally appointed Acting General Manager in January 2021. Under his tenure, the hotel has undergone a meticulous one-year restoration project when each of the 175 rooms and suites at the historical property received a full refurbishment.

The novation walked a fine line between the need to brighten interiors and integrate a host of mod-cons and the imperative to preserve the heart and soul of the vintage hotel. The hardwood floors have been polished to a squeak, the age-old ceiling fans still whirl, and the old brass rotary telephones continue to ring.

The courtyard remains the centerpiece of the property, its two swimming pools surrounded by tropical gardens of frangipani, and shaded by giant century-old trees.

Similarly, Raffles Grand Hotel d’Angkor has undergone a restorative transformation in the past two years. This classic resort was originally built in the 1920s as a luxurious resting stop en route to the newly discovered ruins of Angkor Wat.

The new-look properties come at a time when Cambodia is reopening its borders to quarantine-free international arrivals. The country has been widely praised for its handling of the pandemic and its efficient vaccine program.

“Looking ahead, the challenges are clear, not only for Le Royal and Grand Hotel d’Angkor but for the hospitality sector in general,” said de Groot. “However, we have in these ‘Grandes Dames of Southeast Asia’ two much-loved national landmarks where guests expect not just a luxury experience but also a step back into yesteryear.”