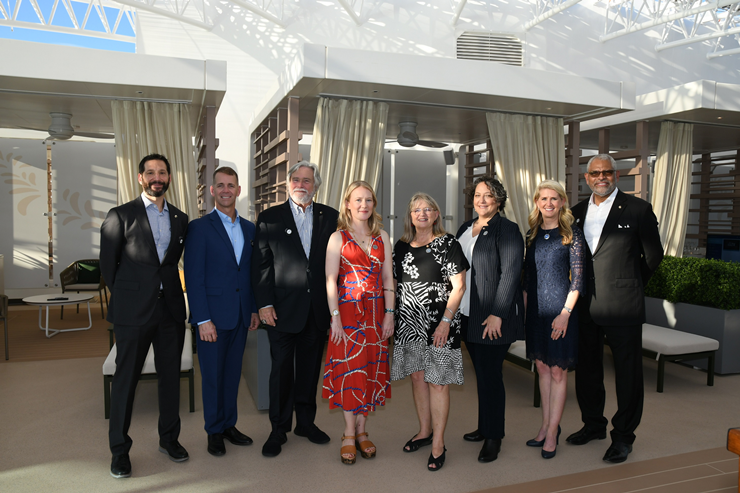 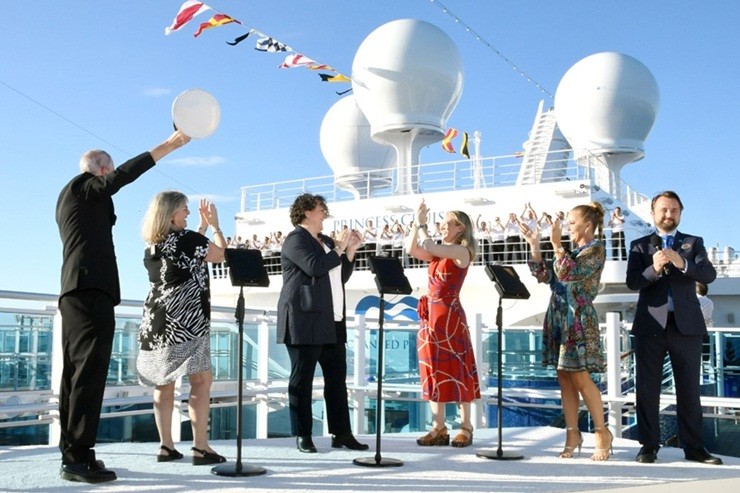 SINGAPORE – Enchanted Princess, the 5th royal-class ship in the Princess Cruises fleet, was officially named in a special ceremony and celebration on December 13, as part of an original production “Our World, Enchanted” that premiered on the cruise line’s YouTube channel and Facebook page.

Hosted by Princess Cruises Celebrations Ambassador Jill Whelan and Enchanted Princess Cruise Director Dan Falconer, the show introduces viewers to the innovative features and amenities of the Medallion Class ship. The production also chronicled Princess milestones from the first 1965 sailing of Princess to Mexico, 'The Love Boat's' 1976 premiere and many other highlights. A retrospective also featured some of the line's many distinguished godmothers, including Audrey Hepburn, Princess Diana and the Duchess of Cambridge.

The ceremony honours three members of The Explorers Club who serve as the godmothers of Enchanted Princess. The notable godmothers have been recognised for their achievements in expeditions, oceanography and mapping the oceans – Captain Lynn Danaher, Dr. Vicki Ferrini and Jenifer Austin – who smashed a bottle of Taittinger Champagne on the hull of Enchanted Princess to culminate its official naming ceremony.

The 145,000-ton, 3,660-guest ship represents an evolution of the design platform used for her sister ships – Royal Princess (2013), Regal Princess (2014), Majestic Princess (2017) and Sky Princess (2019) – offering an elevation of spectacular style and elegance that is distinguished by Princess.