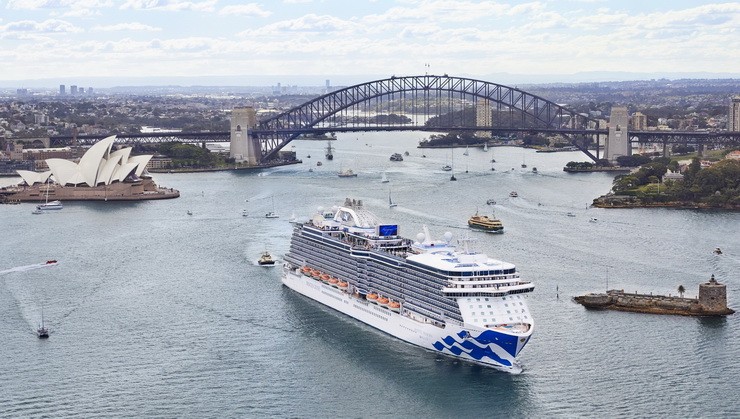 As a result of the pause extension, Coral Princess voyages through January 17 are cancelled and Royal Princess and Sapphire Princess seasons through to March 2022 are being cancelled.

Singapore – Princess Cruises is extending its pause in cruise vacations in Australia/New Zealand to January 27, 2022, due to the uncertainty around the return of cruising in the region.

As a result of the pause extension, Coral Princess voyages through January 17 are cancelled and Royal Princess and Sapphire Princess seasons through to March 2022 are being cancelled.

“It became apparent we would not be able to deliver planned deployment of Royal Princess and Sapphire Princess in Australia before they were due to start their published northern hemisphere voyages,” said Deanna Austin, Princess Cruises Chief Commercial Officer. “We recognise that guests planning cruises over the popular summer and new year holiday period will be particularly disappointed with the changes, however, we wanted to give guests as much notice as possible so they could plan their holidays with certainty.”

For guests booked on a cancelled cruise, guests have the option to move to an equivalent cruise. The rebooking process will have the added benefit of protecting the guests’ fare on their replacement cruise. Alternatively, guests can choose a future cruise credit (FCC) equivalent to 100% of the cruise fare paid plus an additional non-refundable bonus FCC equal to 10% of the cruise fare paid (minimum $25 USD) or a full refund to the original form of payment.

Requests must be received through an online form by October 31, 2021, or guests will automatically receive the FCC option. FCCs can be used on any cruises booked by December 31, 2022, and sailing by April 30, 2023.

Princess will protect travel agent commission on bookings that were paid in full in recognition of the critical role they play in the cruise line’s business and success.