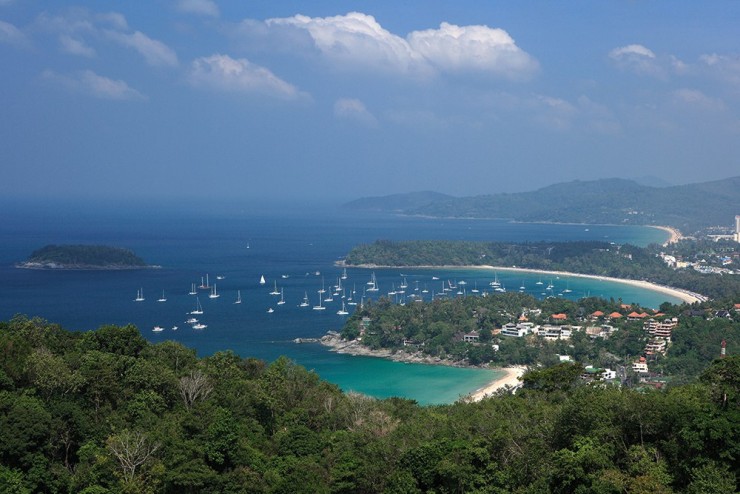 The viewpoint of three beaches of Phuket - Kata Noi, Kata and Karon

This island was hailed as “a little piece of paradise” according to the magazine.

Bangkok – Phuket is celebrating its most recent award after being named the ‘Second Best Beach in the World’ by prestigious business publication US News & World Report.

It continues to win accolades from major international media for its white sands, aquamarine waters and limestone cliffs that attract millions of travellers to Thailand every year. This island was hailed as “a little piece of paradise” according to the magazine.

Tourism Authority of Thailand (TAT) Governor, Mr. Yuthasak Supasorn, said everyone in Phuket, both public and private stakeholders should take pride in this achievement as it displayed the island’s appeal as one of the world’s most desirable beach destinations.

“Obviously we are delighted to win this important award. The fact the honour comes from the US News & World Report is even more gratifying given its target audience and readership.

“In the past Phuket has won several other prestigious awards for its beaches as well, so we are very grateful for the continued recognition.” Mr. Yuthasak added.

Phuket also continues to expand its appeal as it shifts upmarket. It is also quickly established itself as one of the superyacht hubs of Southeast Asia, a tropical playground for various groups of quality tourists who enjoy all the finer things in life that the island has to offer.

Along with its tropical appeal, Phuket beckons to travellers wanting to experience its world-famous cuisine. Phuket was listed by UNESCO as a Gastronomic City in 2015 and will be included in the Michelin Guide Bangkok, Phuket and Phang Nga 2019.