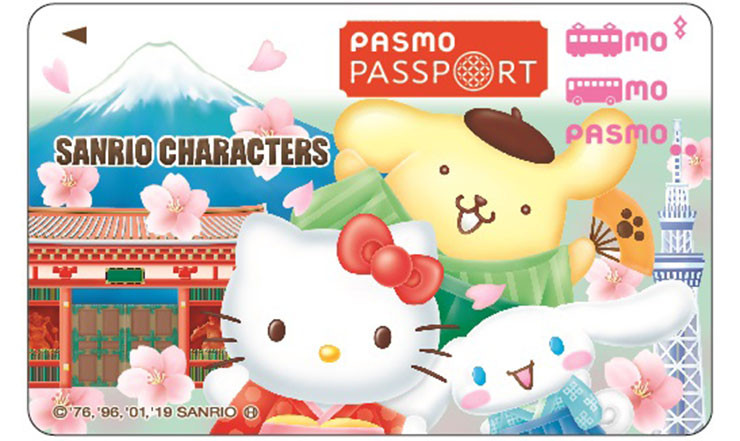 PASMO Passport enables e-money transactions throughout the public transit system, whether for boarding IC card-compatible trains and buses or for making purchases at shops.

This card—named PASMO Passport to signal its value as a “second passport” when traveling to Japan—uses an original design from Sanrio.

The delightful design features Hello Kitty, Cinnamoroll, and Pompompurin, three characters from Sanrio Co., Ltd., a company with a massive fanbase across Asia and many other countries. These iconic characters are set against a backdrop of sakura, the iconic flower of Japan, and sightseeing spots familiar to foreign tourists, including Mount Fuji and the TOKYO SKYTREE. After facilitating trips to Japan full of fun memories, the card becomes a souvenir that travelers can bring home.

PASMO Passport enables e-money transactions throughout the public transit system, whether for boarding IC card-compatible trains and buses or for making purchases at shops. PASMO Passport holders can recharge the card any number of times at stations, on buses, and in some stores. The card offers more convenience, enjoyment, and discounts for short-term travelers in Japan, as holders also get a variety of exclusive privileges when they show their PASMO Passport at sightseeing spots around the Kanto region.