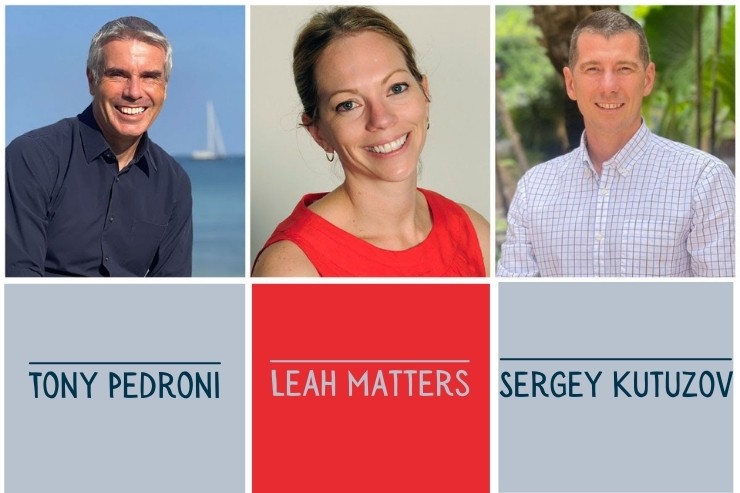 They will be assisted by a dozen or so other managers, soon to be announced, many with area responsibilities in finance, security, HR, engineering and purchasing. The appointments come as Outrigger establishes its presence in three of the most sought-after beach locations in Asia.

An Irish national with more than 30 years of professional experience, Tony Pedroni has enjoyed a career spanning seven countries and three continents, spent largely with Marriott International and Outrigger Hospitality Group. Mr Pedroni is a graduate of the Swiss Hotel Management School HOSTA in Leysin, Switzerland.

Mr Kutuzov holds a bachelor’s in physics from St. Petersburg State University and is a school of management graduate from there as well.

“Our new team is a dynamic mix of experience and enthusiasm,” said Damian Clowes, Regional Managing Director, Asia Pacific, for Outrigger Hospitality Group. “We aim to re-establish Outrigger among the top beach resorts in Thailand for families and couples.”

Mr Pedroni added that Outrigger has a history of higher than average guest satisfaction levels among its competitive set. This was evidenced by the previous Outrigger in Phuket’s inclusion in the TripAdvisor Hall of Fame for Excellence and other travel industry awards.

“Guest experience and satisfaction will once again be core deliverables at our new properties,” said Mr Pedroni.

Outrigger will shortly announce food and beverage concepts and room type options for its Khao Lak and Phuket properties ahead of their scheduled 15 December 2021 opening.