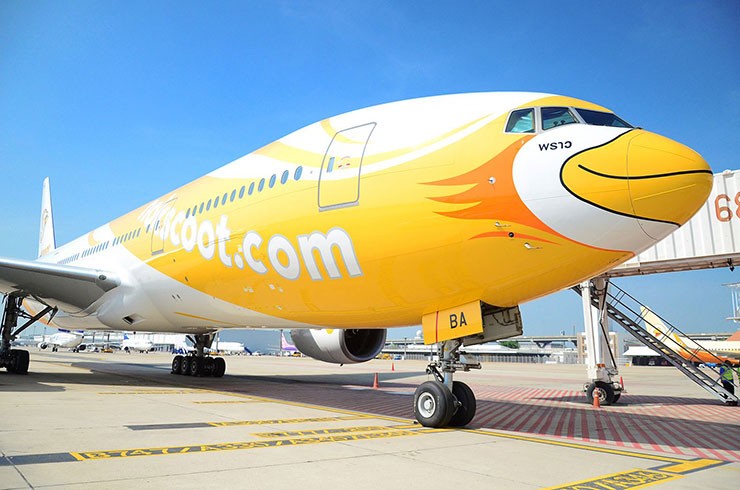 Subject to regulatory approval, the inaugural flight will take-off from Bangkok Don Mueang International Airport on 18th December 2018.  As the region’s leading medium-haul budget airline, NokScoot forecasts strong demand on the Delhi route as it expands its network into South Asia.

"We are very proud to announce NokScoot's inaugural service from Bangkok to Delhi on 18th December 2018” NokScoot CEO Chief Yodchai Sudhidhanakul said. “This route marks our first ever service to South Asia and follows the launch of services to Tokyo Narita in June 2018 and Osaka Kansai in October 2018.

"NokScoot believes these flights will appeal to both leisure and business travellers going to and from Delhi, which is the fourth most populous urban area in the world.  Passengers on the new route can also conveniently make easy connections from and to key domestic destinations around India.  Following the launch of the New Delhi service, NokScoot plans to further spread its wings in India with another destination in the first half of 2019" he added.

Delhi serves as India’s primary aviation gateway to other popular India cities while also featuring an amazing collection of its own tourist attractions.Delhi’s famous Red Fort is a must visit historical attraction that served as the main residence of Mughal dynasty emperors for nearly 200 years. The Jama Masjid is one of the largest and oldest mosques in India, dating back to 1656, and can host an impressive 25,000 people in its massive courtyard. While Connaught Place is one of the largest financial, commercial and business centres in Delhi and home to many leading Indian multinational companies.

India’s world famous attractions together with new flights are helping a new generation of international visitor discover and travel around the country. According to the Research Activities of India from Ministry of Tourism, Government of India, Foreign Tourist Arrivals (FTAs) to India during 2017 reached 10.18 million, up over 15.6% from the previous year.

NokScoot will operate the Bangkok-Delhi services using Boeing 777-200 wide-bodied, twin-aisle jets. Configured with a total of 415 seats, the 777 offers an unprecedented level of comfort to its valued customers with 24 seats in ScootBiz and 391 seats in Economy.

Passengers can also customize their travel to suit personal preferences, such as choosing from a variety of meals on offer, in addition to preferred seats and additional baggage allowance as they wish.

The airline currently flies to Nanjing, Qingdao, Shenyang, Tianjin and Xi’an in China, Taipei in Taiwan, and Tokyo and Osaka in Japan. In addition to the new four weekly flights from Bangkok to Delhi, more flights to India, Japan, and South Korea are also set to be launched in 2019.