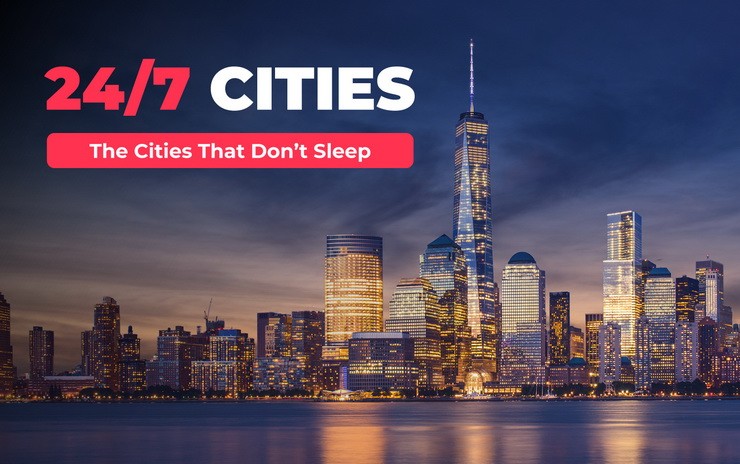 Seoul, in South Korea, welcomes 9.11 million tourists annually, making it one of the most popular cities for tourists internationally.

The research, undertaken by Slingo, looked at numerous factors, including the number of nightlife activities and attractions, the number of late-night casinos and nighttime coffee bars, along with the level of transportation to reveal which cities operate 24/7.

Taking the number one spot is the UK Capital, London. London is bustling, vibrant, multicultural and cosmopolitan. With a whopping 1,352 nightlife attractions, second only to Tokyo, Japan, which offers 1,358, there is no shortage of opportunities for nighttime fun. Gamblers will also benefit from a large number of casinos in London, a total of 47. London’sTube system offers service on certain routes on Friday and Saturday nights, while the bus service in London runs 24/7.

In second place is the bustling city of New York. The wonderful city of lights is often described as the economical and cultural capital of the world. The subway runs all hours of the day and night, as do New York’s trains, buses, and ferries. With 779 nightlife attractions, 25 well known and loved casinos, and 5 late night coffee bars, there is something for everyone in New York’s nightlife.

In third place is Chicago. There are 463 nighttime attractions on offer, including comedy clubs which host Chicago’s famous improvisational comedy. Chicago is a great city for taking risks too, as Chicago has 23 licensed casinos active throughout the city. Chicago’s “L” Red and Blue Lines run 24/7, and there is also a comprehensive Night Owl bus network.