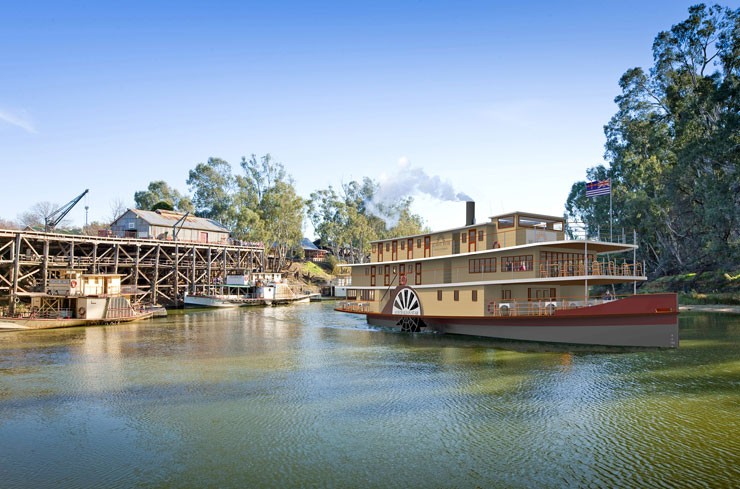 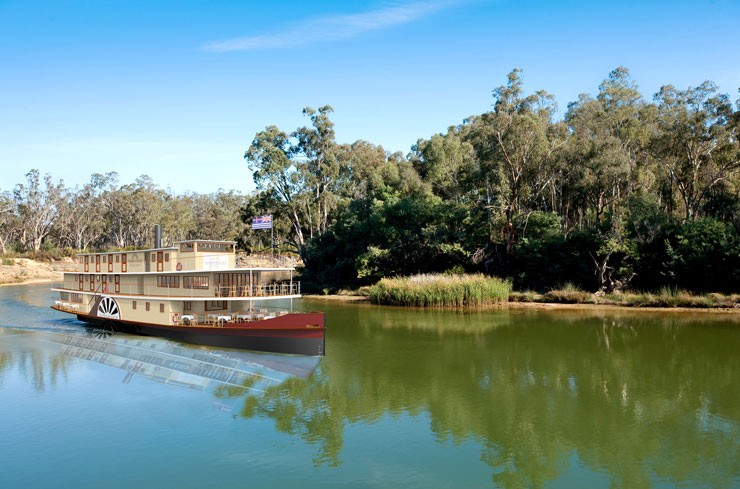 Australia’s first 5-star river cruise experience and the only wood-fired, 5-star paddlesteamer in the world. Luxury 20-cabin vessel to offer cruises of up to one week long.

Destined to attract luxe-seeking, high-yield visitors from around Australia and around the world, the unique vessel is expected to make its debut journey along the Murray in late 2024 and has been supported with $2.25 million in funding by the Victorian Government’s Regional Tourism Investment Fund which has brought the project forward by three years.

The new boat will be the third vessel in Murray River Paddlesteamers’ fleet based in Echuca, joining the popular and famous Paddlesteamers, PS Emmylou and PS Canberra. The 16-guest PS Emmylou currently offers a schedule of two, three, four and six-night cruises which are now 99 per cent sold out for 2022. From 1st April 2023 these will change to the new scheduling of three, four and a new 7 night cruises before PS Australian Star takes over the schedules.

“The support of the Victorian Government in helping to fund this high-quality development is very much appreciated and brings forward this exciting project by at least three years,” Mr Burgess said. “Australians love cruising, and they love the Murray River but they want comfort and facilities akin to those on European rivers.

“Demand for overnight cruises on the Murray is at record levels so as a hero visitor drawcard, PS Australian Star will help tap that demand, boost the local economy, create new jobs and cater for the most discerning of visitors, attracting new domestic and international visitors to our region for the first time”.

Mr Burgess said the new, bigger and more luxurious vessel, which will be built in Mildura, Victoria on the banks of the Murray River using local contractors, trades and suppliers will have strong appeal to charter groups and also national tour companies seeking a larger capacity river vessel for their guests. He said when PS Australian Star debuts in late 2024, PS Emmylou would focus on the booming business for day sightseeing, lunch and dinner cruises and overnight charters, alongside fleet mate, PS Canberra.