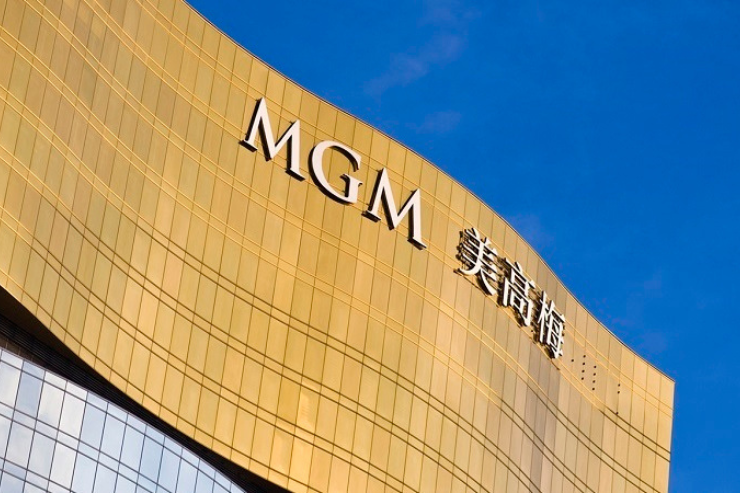 To participate in public tender of Macau Gaming Concession.

Hong Kong - MGM China Holdings Limited ("MGM China" or the "Company"; SEHK Stock Code: 2282) announced selected unaudited financial data of the Company and its subsidiaries (the "Group") for the second quarter and the first half of 2022.

Macau and Greater China are under the adverse impact of the COVID-19 pandemic in 2022. We saw customer demand pick up during the Chinese New Year. However, the COVID-19 resurgence first in mainland China started at end-March followed by local outbreak in Macau at end-June, led to safeguard measures as well as enhanced travel and border controls that severely constrained Macau visitation.

Macau total visitor arrivals and the total visitation from mainland China both decreased by 12% for the first six months in 2022 from a year ago.

For the first half of 2022, Macau gross gaming revenue (GGR) was down by 46% from the same period last year. Headline GGR in the second quarter hit the lowest level since the border opened, down 67% year-on-year and 52% quarter-to-quarter MOP8.5 billion or MOP93 million per day, representing 12% of 19Q4 pre-COVID level.

MGM China maintained market share of 13.6% for the first half of the year, up from 11.4% a year ago. Second-quarter market share rose to 14.3% from 13.3% in first quarter with our strength in premium mass business. Our daily GGR in second quarter was 18% of 19Q4 pre-pandemic levels, compared to 12% market levels. Our team is working to control costs while positioning our properties to capture opportunities in premium mass business as demand returns in the longer term.

The Group maintained a healthy financial position. As of June 30, 2022, the Group had total liquidity of approximately HK$10.7 billion, comprised of cash and cash equivalent and undrawn revolver.

The COVID-19 pandemic continued to have significant impacts on Macau and our business during the reporting period. This is an unprecedented global public health crisis and we place high importance on the health and safety of our employees, guests and all Macau citizens as the fight against this pandemic continues.

During the reporting period, Macau has made significant progress over the amendment of gaming law and set preparation for the retendering of gaming concession.

The Macau Government had extended in June the six concession and sub-concession contracts for six months up to December 31, 2022. Earlier in January, the Government announced a bill to amend the gaming law, as a necessary precedent step to the retendering. In June, the new gaming law was approved by the Macau Legislative Assembly and published in the Official Gazette.

On July 1, the Macau Chief Executive approved Administrative Regulation 28/2022 which sets up the rules for the retendering of the Macau gaming concessions, covering details of the bidding for gaming concessions, the qualifications of bidding companies and the criteria for granting. On July 28, the Chief Executive Dispatch was published, announced the opening of the public tender.

Kenneth Feng, President, Strategic & Chief Financial Officer of MGM China said: "We have full confidence in the future development of the Macau. We are ready and will actively participate in the public tender of Macau gaming concession. MGM will continue to unswervingly support the Macau Government to promote economic diversification, helping Macau further consolidate its position as a World Center of Tourism and Leisure as well as scale new heights for its economic development."