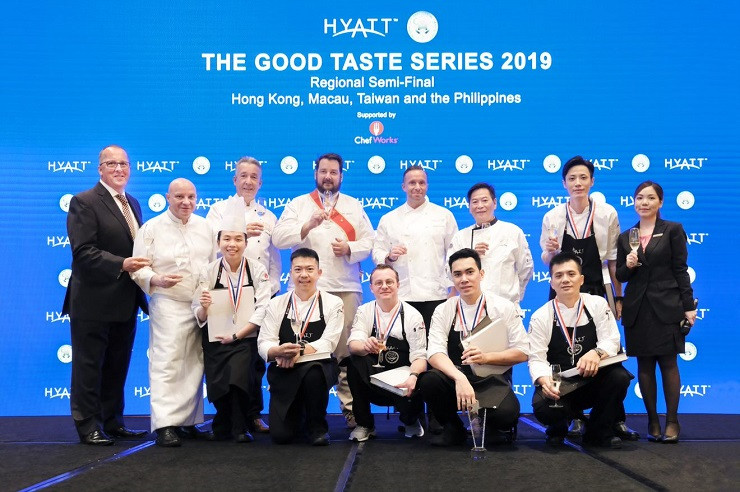 6 chefs from 6 Hyatt hotels competed against one another for the coveted position to represent Hong Kong, Macau, Taiwan and the Philippines in the Asia Pacific final.

A testament to Hyatt’s commitment to culinary excellence and creativity, The Good Taste Series is open to anyone from line cooks to executive sous chefs in Hyatt hotels globally. The contestants are encouraged to showcase their creativity and expertise through any cooking style and cuisine of their choice.

“The Good Taste Series provides a global platform for Hyatt to nurture our chefs, showcase our food and beverage talent and stimulate their creativity,” said Marin Leuthard, Executive Chef of Grand Hyatt Macau. “Through this competition, we can help our colleagues grow and realize their potential, which will in turn enable them to create unparalleled experiences for our guests.”

The Regional Semi-Final took place on September 25, 2019 at Grand Hyatt Macau. The 6 contestants received a mystery black box containing items required to be included within their dishes, which consisted of yellow spring chicken, Boston lobster, Brussel sprout, pomelo and veal sweet bread. Each chef was required to prepare an appetizer and a main dish using these ingredients.

The annual cooking challenge started as an internal competition in North America in 2014 to cultivate emerging culinary talent. Since 2017, this annual contest has been held at a global scale featuring chefs from Hyatt hotels across Asia Pacific, the Americas, Europe, Middle East and Africa.

In November 2019, eight chefs from Hyatt hotels in the region, including Mark Zaragoza, will compete in the Asia Pacific final of The Good Taste Series. Following which, three chefs will be selected to face off with six other Hyatt chefs from the Americas, Europe, Middle East and India in the global final in early 2020.