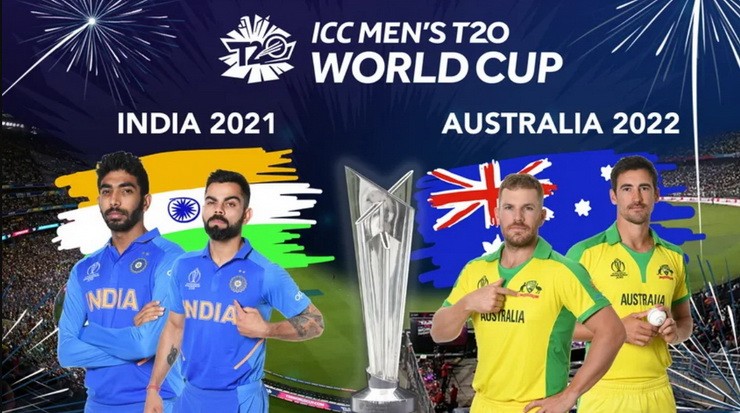 72% of Indian cricket fans are excited about the upcoming ICC T20 World Cup and 63% want to travel with their family and kids to watch the match.

Mumbai, India - As India gears up to play at the ICC Men’s T20 World Cup, Booking.com, the leading digital travel brand and official Accommodation Booking Partner for the ICC Men’s T20 World Cup, has released a new research report, revealing India’s love for cricket and the optimism and eagerness that Indian cricket fans have to get outdoors to catch a live cricket match once again. According to the new research by Booking.com, 72% of Indians are excited about the upcoming ICC Men’s T20 World Cup tournament, while travelling to see their team live in action is a dream for 58% of Indian cricket fans who want to show their support at the stadium.

Indians are also looking forward to indulging in a variety of experiences while travelling for their favourite sport. The research reveals that if they are travelling to the UAE to watch the World Cup live, Indians want to visit famous tourist spots (53%), explore local cuisine (48%), visit shopping malls (45%), explore nightlife (44%) and visit nearby destinations (44%).

Conducted with over 1,000 Indian cricket fans, the research highlights attitudes towards cricket and travel preferences, as well as how rivalries play a part in our celebration of the sport.

Watching a live cricket match is a dream for many Indians

For the ever-growing love for cricket in India by its fans, research from Booking.com reveals that 58% of Indians have been dreaming to watch a cricket match live. Such is the love for the game that nearly 45% of Indian cricket fans say that they are likely to travel to a destination for cricket even if it is not in their travel bucket list. In addition, a  similar number (45%) of Indian cricket enthusiasts say they would plan their honeymoon to a destination that is hosting a live cricket match. The research also states 63% of Indians would travel with their family/kids to watch a World Cup.

Our love for Cricket - the dedication, excitement, and passion

With the ICC Men's T20 World Cup 2021 just around the corner, 72% of Indian cricket fans have stated they are excited about the upcoming tournament. Central to their wider cricket viewing and playing experience, 8 in 10 Indians stated that cricket as a game not only unites but is also an integral part of India that defines who we are as a nation.

Additionally, passion for cricket runs deep with 86% stating that Indians are the most passionate cricket fans in the world. The research reveals that dedicated fans are willing to cancel plans to ensure they can watch the cricket match with almost half (49%) of Indians stating that they would cancel a pre-planned catch-up with friends to watch a key rival match. Moreover, 52% of Indian fans said they are willing to take unpaid leave from work to watch a live India match in the upcoming World Cup, with an equal number (52%) of Indians willing to call in sick at work to watch their favourite team play.

Rivals bring out the best in each other

The game of cricket brings us all together in joyous rivalries. Our rivals make us play harder, bat stronger and bowl faster than before, and bring out the best in each other. More than half of the Indian cricket enthusiasts (60%) mentioned that they are likely to watch cricket with someone who is supporting a rival team. Talking about rivalry, Indian cricket fans responded that they want to see Pakistan compete against India in the ICC Men’s T20 World Cup Finals, followed by Australia and England.

Sharing thoughts on India’s love for cricket and excitement for the upcoming ICC Men’s T20 World Cup, Ritu Mehrotra, Regional Manager, South Asia at Booking.com said, “We know cricket is not just a sport in India, but an emotion that unites the country. It’s heartening to see our love for cricket will see Indian fans travelling again and the passion Indians have for the sport. We are very excited to be the official Accommodation Booking Partner for the ICC Men’s T20 World Cup and through this partnership, we look forward to offering cricket fans the easiest booking experience for their perfect travel stays and creating an unforgettable experience.”

Note: Research commissioned by Booking.com in collaboration with YouGov and independently conducted among a sample of 1000 cricket fans and travellers from India.