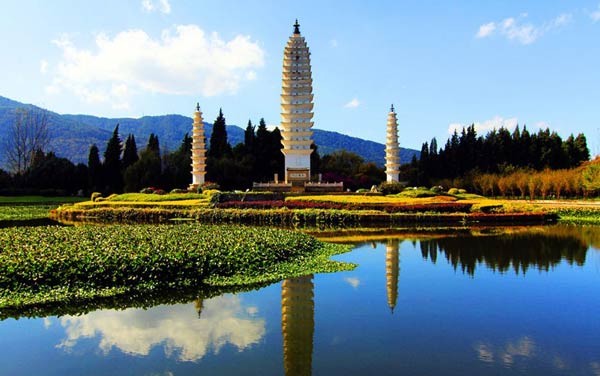 MTF 2019 to highlight the strong connection between tourism and culture.

Bangkok, Thailand - The 2019 edition of the Mekong Tourism Forum (MTF), hosted by China’s Ministry of Culture and Tourism Dali and Xizhou, Yunnan from 28-29 May, will focus on the theme of “tourism – a driver for cultural heritage preservation and poverty alleviation”.

The forum will look emphasize ways to foster sustainability in tourism and its positive influence for protection cultural assets.

Topics will include rail tourism as a driver to sustainability; the management of sustainable and responsible tourism in GMS destinations –including the presentation of Mekong Tourism Coordinating Office's (MTCO) new “Mekong Trends Snapshot Report on Responsible Tourism”; and the influence of small enterprises as sustainability’s drivers and the importance of story-telling to promote destinations.

There will be a presentation by Dali-native writer and head of travel company “Wild China” about the impact of tourism in preserving cultural heritage in Yunnan and particularly in Dali.

On the second day, delegates will visit Xizhou Ancient Town, which is part of the Dali Prefecture and will learn how tourism and culture are tightly interlinked, while preservation and conservation are critical to ensure sustainability.

“We are thrilled by the possibility to host the Mekong Tourism Forum in Dali, one of Yunnan most scenic destinations to visit and we want to extend our warmest gratitude to China’s Ministry of Culture and Tourism. The excursion to Xizhou is a living testimony of ways to intimately link tourism and heritage without destroying the authenticity of a destination," said Jens Thraenhart, Executive Director MTCO.

The hosting of the MTF 2019  in Dali, Yunnan, is also an opportunity to highlight the recent efforts made by local authorities to strengthen the tourism industry in a province considered as one of the most spectacular for its nature and heritage in China.

Yunnan continues to be among the most visited provinces by foreign travellers coming to China. According to the Yunnan Provincial Department of Culture and Tourism, the number of overseas tourists to Yunnan increased 5% in 2018 over the previous year, translating into a total of over seven million foreign travellers. This was a stronger performance than the general growth in inbound tourism in China, which was just up by 1.5% last year. Domestic tourism grew by 18% to reach 657 million travellers.

The province set up a new strategy for the development of tourism, summarized in an International Tourism Marketing Strategy and Action Plan formulated and executed by the World Tourism Organization (UNWTO) at the request of the Yunnan provincial government. The strategy for Yunnan is to become a leading destination in China that is internationally recognised for its diversity and authenticity in products highlighting communities, nature and culture.

Geographically, the plan encourages Yunnan Province to become China epicenter for attracting tourists from South and Southeast Asia. The connection to the other Mekong countries is then essential to turn the strategy into a reality.

Starting 2018, Yunnan 13th Five-Year Plan is giving priority to tourism. Five strategic directions have priority and are described by local authorities as “Yunnan Tourism Revolution” in a bid to create a better tourism environment for travellers.

These are tourism management and promotion at provincial level- translating into 2019 being declared a ‘Yunnan International Tourism Year’; the transformation and upgrading of the tourism industry; a comprehensive management of the tourism market; the opening of Yunnan tourism to overseas; and tourism poverty alleviation including rural tourism.

Three measures are to be implemented in the year. The first is set to develop special projects related to Yunnan’s local music, cultural festivals and traditions as well as folk sport games. The second targets gastronomy of Yunnan with its distinctive flavours influenced by the diversity of its various ethnics. The third measure looks at developing new travelling routes, which may be about “Tea Mountain” culture and any other cultural topics. Providing an authentic genuine experience is a top desire of foreign travellers according to the tourism marketing strategy.

Technology is due to play a major role in the implementation of Yunnan Tourism Revolution. Last year, Yunnan provincial government launched an app presenting tours of the province in cooperation with Tencent Holdings Limited, a Chinese investment conglomerate which was in 2017 the sixth largest internet company by revenues.

Technology has been identified in UNWTO endorsed International Tourism Marketing Strategy as a game changer in the field of destination marketing and promotion.