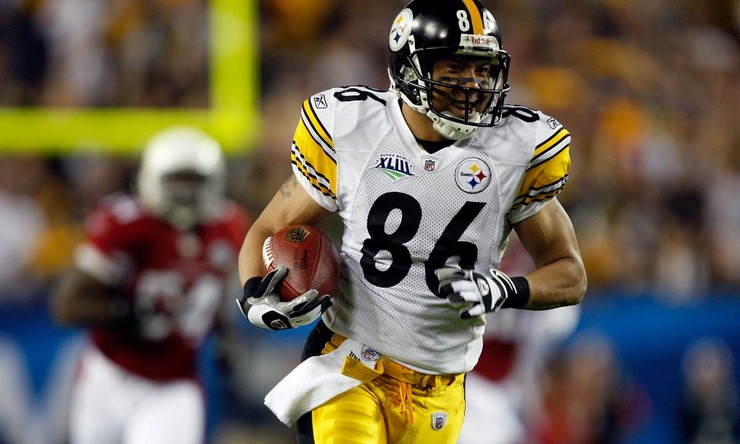 If you are travelling to an Asian country you might be interested in the local sports scene. Cricket is quite popular in India and nearby countries, while in Japan baseball is gaining major traction.

The NFL has become massively international in recent decades, with players from all over the world joining the nation’s top football teams.

Among them, we can find some much-loved and fondly remembered Asian played who enjoyed great success in the league.

Ward was born in Seoul, South Korea with a Korean mother and an African-American father who was serving there in the Army. He joined the Pittsburgh Steelers in the third round of the NFL draft in 19989 and then spent his entire NFL career with them.

Upon retirement, he held a host of the franchise’s records, such as those relating to a number of touchdown receptions and receiving yardage. Perhaps the highlight of his pro football career came in the Super Bowl XL when he was named the MVP as he grabbed a touchdown to help the Steelers defeat the Seattle Seahawks.

He isn’t regarded as one of the best wide receivers in NFL, but he should be at least in the best 100 ever. Check out TwinSpires list for reference here.

At the end of his NFL career, Ward was one of a select group of players to have managed more than 1,000 receptions. He has since moved into coaching with the New York Jets and has also made a series of appearances in TV shows and movies.

In recent news, it has been claimed that Ward should be the next former Steeler to take a place in the Pro Football Hall of Fame.

Nguyen and his family left Vietnam to move to the US when he was a child. He grew up mainly in Texas and played for the Texas A&M University team as a linebacker, where he racked up impressive numbers for tackles.

He was named an All-American and was the defensive player of the game after crunching into 12 tackles in the 1998 Cotton Bowl. After ending his impressive college career on a high note, Nguyen joined the Dallas Cowboys in the 1999 NFL draft.

Despite doubts about him being too small for the pro game, Nguyen soon established himself as the Cowboys’ leading tackler and their middle linebacker. Despite recording good numbers, he was forced to retire in 2006 following a series of injuries, later moving into coaching. It was reported at the start of 2021 that he now owns a fast food restaurant and runs it like a football team.

Despite being born in North Carolina, Roman Gabriel is often listed as one of the best Asian players in the NFL since his father was an immigrant from the Philippines. He was regarded as one of the very best quarterbacks in the league at the time, but he perhaps isn’t as well-remembered as he should be.

Following a terrific college career at North Carolina State University, Gabriel joined the Los Angeles Rams in the 1962 draft as the second overall pick. He stayed with the Rams before joining the Philadelphia Eagles for the rest of his long and distinguished NFL career.

Once he stopped playing as a pro, Gabriel became a football coach before taking on some acting roles. His legacy in football includes being the first Vietnamese American player to be named as an All-Pro and also getting inducted into the College Football Hall of Fame.

Other Asian players to make a mark in the NFL include Eugene Chung, who was the first player with Korean ancestry to get chosen in the first round of the draft and only the third player of Asian descent to join the pro league.

Johnnie Morton’s mother was Japanese and Tedy Bruschi’s was from the Philippines. Both players carved out good careers in the NFL and helped to raise the profile of Asian footballers just like the others we have looked at here.