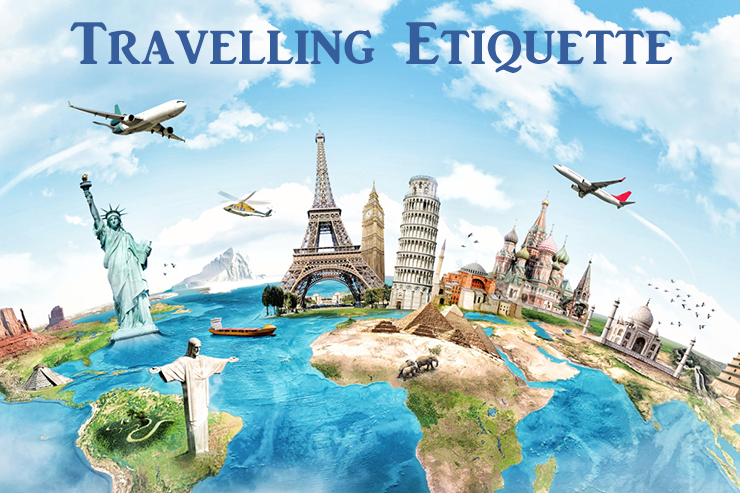 Singapore – Brand Expedia released findings from its 2019 Global Flight & Hotel Etiquette Study, an annual survey that looks at the flight and hotel etiquette of over 18,000 adult travellers in 23 markets globally, including Australia, Hong Kong, India, Japan, Korea, Malaysia, New Zealand, Singapore, Taiwan and Thailand in Asia Pacific. The Study, which featured insights from over 600 travellers in Singapore, found that helping someone with their luggage is the most commonly-practised act of kindness by Singapore travellers on a flight, with two in five (42 percent) Singaporeans having done so before. This places Singapore fourth on the list of Asia Pacific markets with the kindest travellers, with the country coming in behind only Australia (50 percent), New Zealand (46 percent) and India (44 percent) in the region.

Among the other acts of kindness that Singaporeans have done for their fellow passengers on a flight, the Study uncovered that three in 10 (32 percent) Singapore travellers have offered to switch seats with another passenger so that his/her travel companion can sit together, and one in five (20 percent) have shared travel tips and recommendations with a stranger on a flight.

“We help millions of people travel every year, and it’s really important to us that every person has the best possible travel experience. How we interact with each other while travelling has a huge impact on how we feel about our trip, hence we were inspired to offer some research-based tips to deal with common travel annoyances,” said Lavinia Rajaram, Head of Regional Communications, Asia Pacific, Brand Expedia. “Often we are so caught up with the joys or stress of travelling that we forget how big an impact a simple act of kindness can make for those around us. The 2019 Global Flight & Hotel Etiquette Study uncovered some interesting travel etiquette quirks shared by the travellers that we spoke to, and offers some insights into how all of us can play a role to inspire kindness on our travels.”

Smelly, Coughing and Sneezing Inflight Neighbours Generally Avoided by Singaporeans – When encountering a seatmate that smells extremely bad, Singaporeans generally have a low tolerance and close to six in 10 (59 percent) would politely request the flight attendant for a change of seat. Only less than two in 10 would put something over their nose to protect themselves (18 percent) or try to breathe through their mouths (17 percent). Similarly, when encountering a coughing or sneezing seatmate, close to half (49 percent) would ask the flight attendant for a change of seat. 43 percent would offer the affected seatmate tissues or cough drops, while 31 percent would put something over their mouth or nose to protect themselves.

Singaporeans Tend to Take a Hands-Off Approach With Crying Baby on a Flight – However, when it comes to encounters with a crying baby on a flight, Singaporeans tend to take a hands-off approach. Half of the Singapore travellers who encounter a crying baby expect the parent of the crying baby to try to entertain the baby. 38 percent of Singaporeans expect the parent to apologise to those around them for the noise, while 34 percent expect the parent to get up and walk the baby up and down the aisle. On the other hand, parents with older children are generally mindful of the impact on their surroundings when they can help it. 58 percent of Singapore travellers would make their four year-old child stop watching cartoons if it is too loud for others.

Singaporeans Less Tolerant of Bad Etiquette by Fellow Guests During Hotel Stays – For most Singapore travellers, peace and quiet is a necessity for every hotel stay. 46 percent of Singaporeans consider In-Room Revellers, and 43 percent consider Hallway Hellraisers to be the most annoying type of hotel guests. When Singapore encounter noisy neighbours, more than seven in 10 (73 percent) would call the hotel front desk to remedy the problem, and 15 percent would even knock on the door themselves to ask their neighbours to quieten down. When they encounter rowdy or loud hotel guests at the pool, 41 percent would speak to the hotel management to ask them to lower their volume.

Drug Use Prompts Singaporeans to Take Serious Action – When encountering hotel guests who smoke marijuana, 72 percent would call the hotel front desk and ask them to take action. Two in 10 would even take the initiative to call the police to report the illegal activity, highlighting Singaporeans’ lack of tolerance when it comes to drug use.

For Stays at Vacation Rentals, Singaporeans Consider Peeing in the Pool to be the Most Inappropriate Behaviour – In terms of inappropriate behaviours when staying at a vacation rental, 59 percent consider peeing in the pool as the most detestable type of behaviour, followed by going through the hosts’ personal items (58 percent) and wearing the hosts’ clothes and shoes (46 percent).

WHAT SINGAPOREANS LOOK FOR WHEN THEY TRAVEL

In-Person Introduction Most Appreciated by Singaporeans When Staying at a Vacation Rental – When asked about the special touches that would make a difference to their vacation rental stays, one in four (24 percent) Singaporeans highlighted an in-person introduction to the sights and restaurants in the area as the most welcomed gesture. Additionally, 22 percent would appreciate a free meal, and 13 percent would appreciate a well-stocked fridge as part of their vacation rental stay.

Majority of Singaporeans Still Prefer Aisle Seats on Flights – When asked about their preferred seat on a flight, over half (53 percent) said that they prefer aisle seats, compared to 43 percent who prefer window seats, and the five percent who preferred middle seats. The reasons for this preference is mainly for easy access to the bathroom (74 percent), freedom of mobility so that they can get up whenever they want (69 percent) and so that they will not disturb others (66 percent).

While Singaporeans are generally tech-savvy and price-sensitive, they are less likely to snap up flight and hotel deals on their mobile phones compared to their Asia Pacific counterparts. According to the Study, only 42 percent of Singaporeans would book their flight on mobile, a much lower proportion when compared to the 85 percent who would do so in India and the 67 percent who would do so in Thailand. Similarly for hotels, only 45 percent of Singapore travellers make bookings via their mobile phones, falling behind the 88 percent and 70 percent who do so in India and Thailand respectively.

To help Singaporeans save on travel bookings, Expedia recommends the following tips when booking on the Expedia app:

“Our studies in the past have shown that Singaporeans are tech-savvy, and price-sensitive travellers. While findings from the 2019 Global Flight & Hotel Etiquette Study can sometimes bring out elements of surprise, it helps the team at Expedia break down the barriers of travel to help people travel better and travel more. The insights from the Study also helps us provide our airline and hotel partners with learnings to help them improve travel experiences and guest stays, which over time, helps us to facilitate a healthy ecosystem of valuable and stress-free travel,” said Rajaram.

Keen to find out which country’s approach to travel etiquette matches yours? Take this quick quiz to find out!