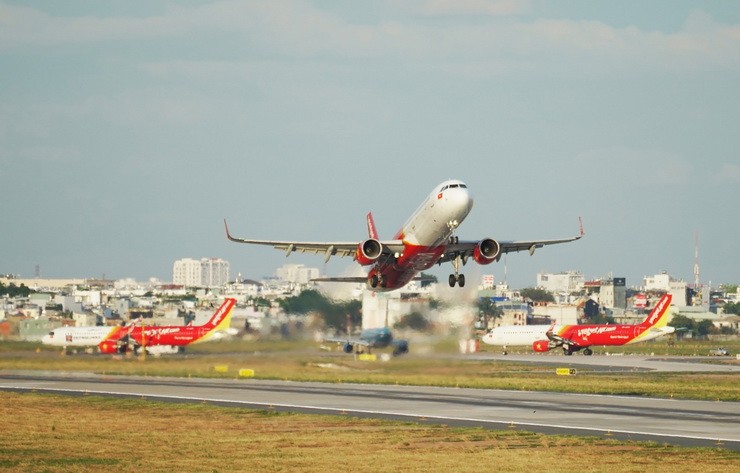 Vietjet for the last six months has increased the flight frequency of numerous routes to meet the post-pandemic pent-up in travel demand, supporting the recovery of local tourism and economy.

Ho Chi Minh City, Vietnam - As the domestic and international travel demand recovers robustly, Vietjet Aviation Joint Stock Company (HoSE: VJC) has reported a positive business performance in the second quarter and the first half of 2022.

In the year’s second quarter, Vietjet’s total air transport’s revenue reached VND11,355 billion (approx. US$488 million or THB 17,607 million), increasing by 15% against the pre-pandemic level in 2019, with its after-tax profit standing at VND36 billion (approx. $1.54 million or THB 55 million). Especially, its domestic revenue in 2Q jumped by over 30% compared to 2019’s same period, with 53 domestic services. 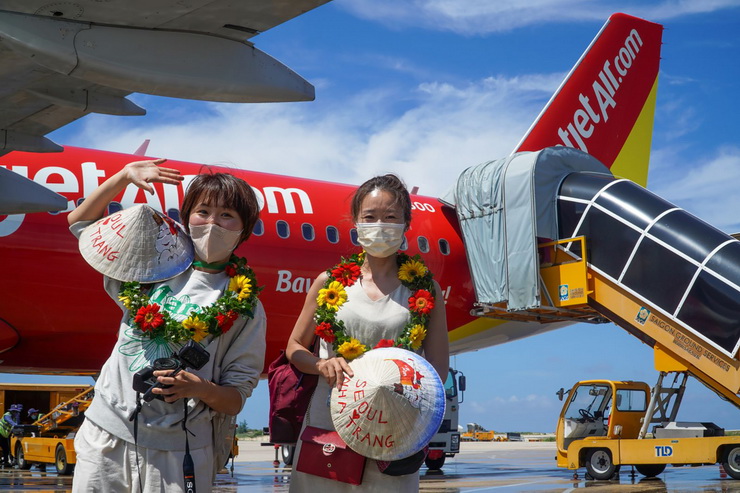 Vietjet for the last six months has increased the flight frequency of numerous routes to meet the post-pandemic pent-up in travel demand, supporting the recovery of local tourism and economy. It has operated a total of 52,500 flights with 9 million passengers onboard, respectively increasing by 54% and 92% yoy. The number of flights has particularly increased by 8% against the pre-pandemic 2019’s level.

In Q2, the airline has operated nearly 33,000 flights and served 6 million passengers, both were remarkably higher than the pre-pandemic’s. The cargo volume reached more than 11,000 tones.

To promote and take lead in the reopening between Vietnam and international skies right after the pandemic, Vietjet has rapidly expanded new international routes. It was the pioneering airline to develop an extensive network of 17 direct routes between Vietnam and India – a market of 1.4 billion people, specifically to Delhi, Mumbai, Ahmedabad, Hyderabad and Bangalore. Vietjet has also inaugurated new routes from Ho Chi Minh City and Da Nang to Busan in South Korea; from Hanoi to Nagoya and Fukuoka, Japan, among others.

In addition to the advanced fleet of A320s and A321s, Vietjet for the first time has brought the new generation, modern wide-body aircraft of A330 into operation. Equipped with noise control technology, they have delivered safer and more comfortable flight experiences to the passengers while reducing the take-off and landing frequency in operating airports.

Vietjet has introduced a brand-new website and mobile application, as well as service packages including the “Fly first, Pay later” to help customers with financial hardship, and the Sky Holidays service offering a package of flight ticket and accommodation at hotels and resorts across Vietnam.

The “Fly first, Pay later” service in particular was awarded the Best New Fintech Product 2022 by the UK’s prestigious magazine The Global Economics Times. It was hailed not merely offering financial support but also for the socio-economy meaningful purpose.

As many airlines have faced labor shortages after the pandemic, Vietjet has managed to sustain favorable labor policy and several training courses for all employees.

Vietjet was also hailed as ‘Value Airline of the Year’ and ‘Top 10 Best Low-cost Airlines” for 2022 by AirlineRatings, the renowned rating website.

At the Farnborough Airshow hosted in the U.K last month, Vietjet reached an agreement with Boeing in deal restructuring, affirming the airline’s commitment to purchase 200 Boeing 737 aircraft with international capital. This was deemed remarkable efforts by Boeing and Vietjet to contribute to the bilateral commerce and trade between Vietnam and the U.S.

Despite revenue breakthrough in Q2 and H1-2022, the after-tax consolidated profit reached VND426 billion, about 85.2% percent of the airline’s H1 target due to surging oil prices.

Vietjet has paid a total of VND2,300 billion (approx. $99 million) to the Government including taxes and indirect and direct fees for the first half of 2022. Positive performances of airlines with Vietjet at the front have somewhat contributed to the revenue breakthrough of airports, ACV and relevant services providers in H1-2022.

Vietjet is set to continue its stringent cost reduction measures and push ahead digitalization projects to optimize operation costs. It will also take advantage of the Government’s supporting policies including a 50% take-off and landing fee waiver and a reduction of environmental protection tax on jet fuel down to VND1,000 (approx. US4 cents) per litter. Vietjet aims to accelerate the recovery after the pandemic and in the remaining months of 2022, joining with localities and the whole country to step towards the adaptation period for development and integration.