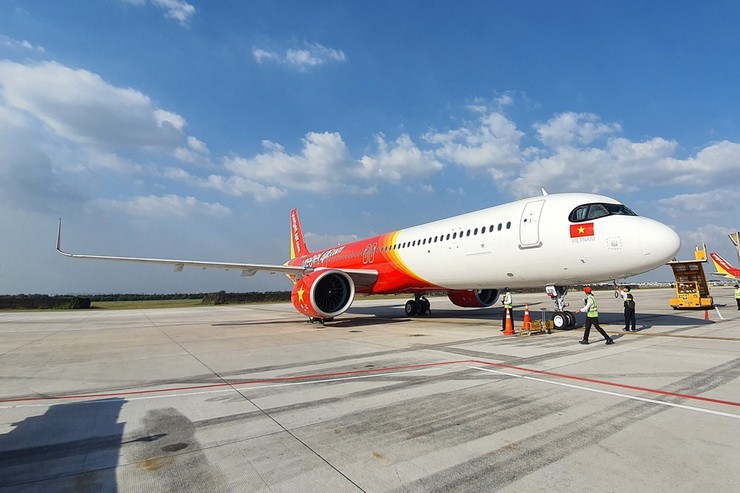 Singapore - Vietjet Aviation Joint Stock Company (HOSE: VJC) has released its financial statements for the second quarter and the first six months of 2021.

In the second quarter of 2021, Vietjet’s air transport revenue reached VND2,973 billion (approx. US$129.7 million), recording a 51% year-on-year growth thanks to high travelling demand in April. The airline has also sought ways to lift the cargo sector despite the impact of the fourth wave of COVID-19 in Vietnam this quarter.

Vietjet has ventured into financial and project investments to expand its business portfolio in support of the air transport sector while optimizing the equity capital during the temporary aviation slowdown. Its revenue in financial and investment activities was reported at more than VND1,756 billion (approx. US$76.5 million).

Vietjet’s total assets reached VND44,000 billion (approx. US$1.9 billion) by the end of June. Its debt-to-equity ratio stayed at as low as 0.73 while the liquidity ratio remained at 1.5, which were considered in the safe zone and a good performance in the aviation industry.

Vietjet has transported more than 4.8 million passengers on 34,000 flights over the first six months of the year. The airline has also focused on refining operation protocols and boosting its cargo operations, resulting in a 40%-45% year-on-year growth with a total of more than 37,000 tons of cargo delivered.

Together with strategic partners in the Sovico Group, Vietjet has played a very active role in the national fight against the COVID-19 pandemic by donating to the National Vaccine Fund, granting ambulance vans to local health departments, sponsoring medical equipment to intensive care units (ICUs) while airlifting healthcare workers and medical equipment free of charge and organize charity kitchen to provide meals for the pandemic-affected citizens.

Still pursuing the customer-centric strategy, Vietjet is striving to be innovative and creative to digitalize all of its services and operation protocols, to optimize costs per flying hour and to expand its business in order to increase productivity and service quality.

Taking into account the Government’s support for the airlines, the roll-out of the national vaccination campaign, and the application of integrated technology to grant vaccination e-certificates, several aviation experts deem that the industry will bounce back strongly in the coming time.