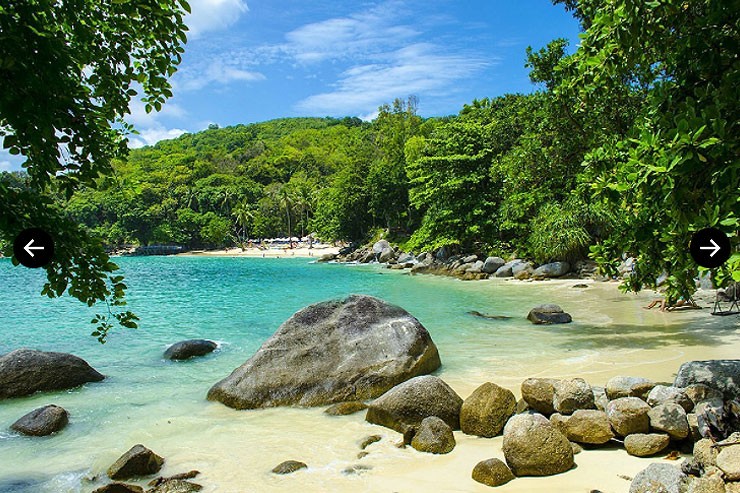 Thailand’s Paradise Beach has the most posts per metre, making it the world’s most Instagrammable beach. Indonesia’s Kelingking Beach and Miami’s South Beach take second and third respectively.

A study by LuxuryHotel.com analysed Instagram hashtag data and the length of the world’s most popular beaches, to find the ten beaches with the highest ‘posts per metre’.

The study found that Paradise Beach, located in Phuket, Thailand was the most Instagrammable beach. It had 894,960 hashtags on Instagram with a length of just 150 metres seeing it top the list by a large margin. The location is home to many events such as the Full Moon Festival, where locals, tourists and famous DJs gather on the full moon of each month to party and dance.

Kelingking Beach in Bali, Indonesia comes second on the list with a 3,644 posts per metre. It’s one of the shortest beaches on the list at around 100 metres which sees it high up the on list with 364,410 hashtagged posts on Instagram. The beach is only accessible by boat and this exclusivity compared to other entries in the list means it’s very popular with tourists and influencers alike.

Miami’s South Beach comes in third place with 2,117 posts per metre over its two-mile stretch of golden sands. South Beach is a popular destination for holidaying students, celebrities, tourists, and locals and holds several events across the year such as the Memorial Day Weekend’s Urban Beach Week and The Food Network’s Wine and Food Festival.

In fourth place is Bondi Beach, in Sydney, Australia. With 1,815,661 tagged photos to its name, it’s also one of the most popular in the world with more than 2.7 million people visiting the beach every year. At just over half a mile in length, the number of visitors the area receives is staggering compared to its size, and it has 2,075 posts per metre. Bondi Beach is best known for its surfing culture, with waves reaching more than four metres in height.

Also featuring on the list is California’s Venice Beach in 10th place, with 951 posts per metre of sand. Named after the Italian city for its connection to a large canal network, it’s one of the US’s most popular summer destinations, making it the biggest tourist attraction in Los Angeles, and only second in Southern California to Disneyland.

Commenting on the study, a spokesperson from LuxuryHotel said: “Currently, many are on the lookout for their perfect summer holiday, and plenty of those people will be looking forward to posting the perfect beach shot on social media. This list highlights the best places in the world to do just that, and it’s fascinating to see which stretches of sand are the most Insta-worthy.”