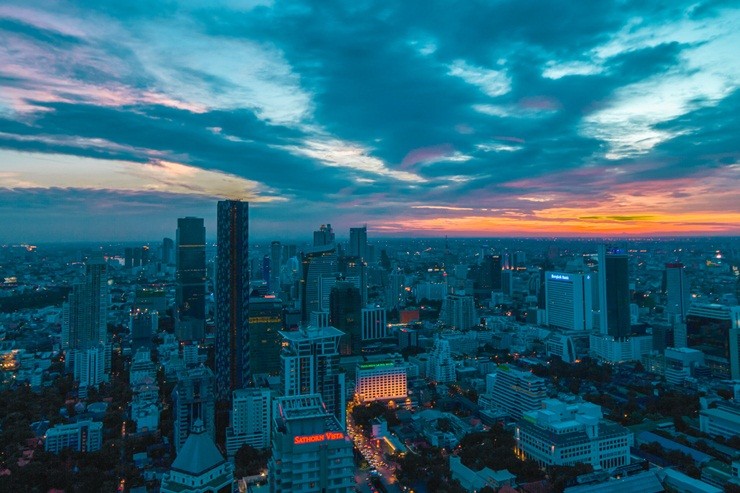 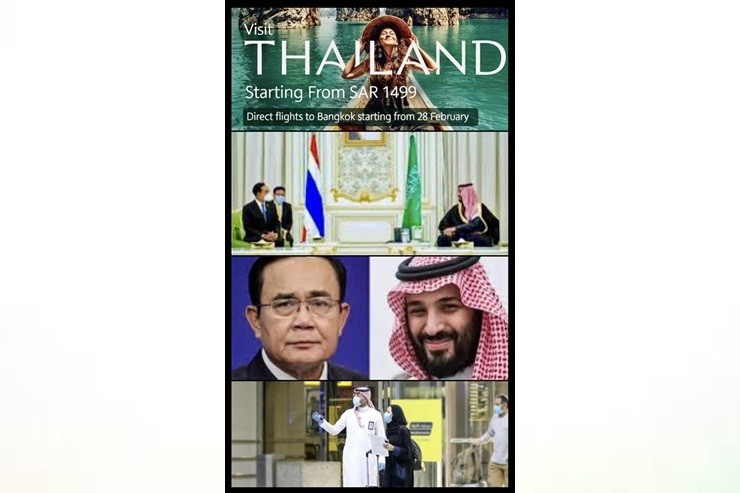 Saudi Arabia will have flights to Thailand available starting February 28, 2022.

More than 200,000 people are expected to visit in 2022 with the resumption of direct flights and mutual tourism promotions. Saudia Airlines will start operating direct flights between the two countries.

The Thai government will launch roadshow events in Saudi Arabia as early as next month and tourists from the Middle Eastern kingdom will restart visits to Thailand in 2022. A break in diplomatic relations brought travel between them to a grinding halt in 1989.

Thai Airways International (THAI) report they plan to launch direct flights between Bangkok and Riyadh in May.

After Thailand and Saudi Arabia patched things up last month after decades of cold relations, flights from Saudi Arabia to Thailand will be available starting on February 28.

Tourism and Sports Minister Phiphat Ratchakitprakarn said the events organised by the Ministry of Tourism and Sports, the Tourism Authority of Thailand (TAT), and Thai tourism businesses will showcase Thai products and services to Saudi tourists interested in visiting Thailand.

Thai tourism authorities have set a lofty goal of 20 billion baht from an expected 200,000 Saudi tourists this year. Thai workers are also being screened for jobs in Saudi Arabia. Prices for flights from Saudi Arabia to Thailand start from 1,499 Saudi Arabian Riyal, about 12,850 baht.

The Thaiger reported that the two countries had a major breakthrough last month when they restored diplomatic relations 33 years after the infamous Blue Diamond affair of 1989. That year, a Thai cleaner stole diamonds worth US$20 million from the Saudi royal palace while the prince and his wife were on holiday. The cleaner hid the jewels and then shipped them in a cargo delivery to Thailand. Thai police eventually caught the cleaner, but an extremely rare blue diamond was never recovered. The case took a sinister twist in February 1990 when gunmen shot and killed three Saudi diplomats in Bangkok who had been trying to find the diamonds. Diplomatic ties were severed.

"Saudi Arabian tourists have high potential and are a target group under the medical hub and wellness tourism policy," Mr Thanakorn said. He also announced the ministry was drafting a memorandum of understanding on Thai-Saudi Arabian cooperation on mutual tourism promotion.

The Foreign Ministry are also planning to take representatives of the Thai private sector to Saudi Arabia this weekend to discuss bilateral trade promotion.

The Phuket News reported If more COVID travel restrictions are lifted, the number of Saudi visitors could climb to as high as 500,000 in the coming years.