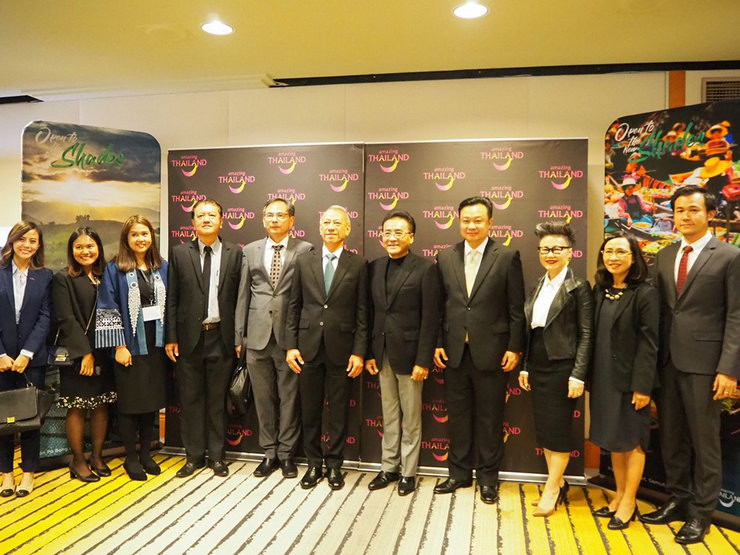 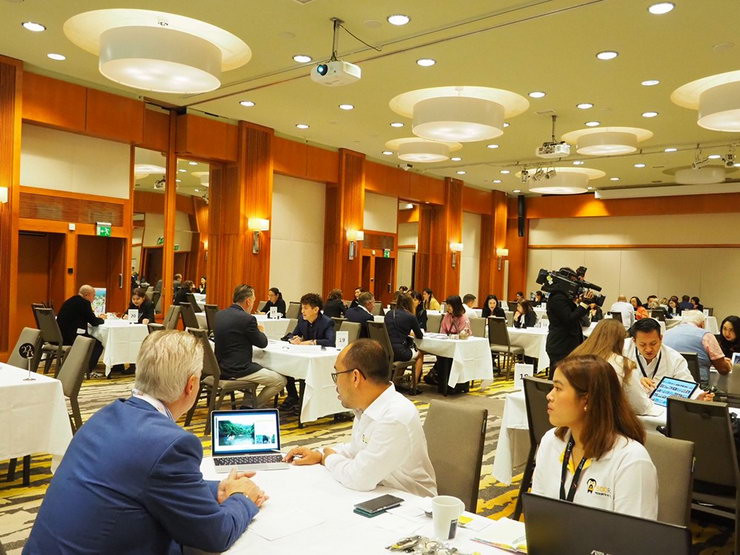 The roadshow was held in Vilnius (Lithuania) on 3 September, Riga (Latvia) on 4 September, and Stockholm (Sweden) on 5 September.

Stockholm, Sweden – The Tourism Authority of Thailand (TAT) highlighted examples of sustainability best practices being undertaken by the tourism industry nationwide at its Amazing Thailand Road Show in Nordic and Baltic countries during 1-5 September, 2019.

The roadshow was held in Vilnius (Lithuania) on 3 September, Riga (Latvia) on 4 September, and Stockholm (Sweden) on 5 September. The 23-member delegation included representatives of hotels and resorts (20), tour operators (1) and airlines (2).

The three cities chosen for the roadshow are part of TAT’s strategy to tap the rich potential of first-time visitors from emerging European cities and repeat travellers from primary cities to boost the market in this coming winter season. TAT’s marketing concept “Open to the New Shades of Thailand” was presented at the events to local tour operators, travel agencies and the media.

H.E. Mr. Phiphat Ratchakitprakarn, Minister of Tourism and Sports met buyers during the roadshow in Sweden to thank them for the continuing support of the Thai tourism industry and ensure the friendship of the two kingdoms would be long-lasting. He also mentioned about pushing the tourism policy in the direction of quality tourism, which included strengthening safety and security along with highlighting sustainability tourism around the country.

TAT Governor Mr. Yuthasak Supasorn said, “As TAT gears up to mark our 60th anniversary in 2020, sustainability is at the top of our agenda. As all the roadshow cities have populations with high levels of environmental consciousness, we felt it would be a good opportunity showcase all the great work that is being done, reflecting Thai culture, the environmental mindset, and innovative design.”

Some of the off-the-beaten-track destinations being introduced include “Hua Ta Khe” on the outskirts of Bangkok but still preserving its way of life where visitors can make their own kites from tree leaves; Bang Krachao in Bangkok’s neighbouring province of Samut Prakan, but known as “The Lung of Bangkok”; Ko Mak an outstanding low carbon destination in the Eastern province of Trat; Khao Sok in Surat Thani, an ideal place to have a digital detox, and Thale Noi in Phatthalung province, home of the world-class Ramsar Site, well known for its natural habitat and flora and fauna.

On the dining table, all the elegant floral decorations were made from environmentally-friendly raw materials, including small celadon pots containing Dok Kluea, or salt flowers, table napkins organically dyed with mangosteen leaves, and also a fashion show of native fabric from Chiang Rai province, Thailand’s northernmost province was presented.

Mr. Yuthasak also noted moves; such as, the ban on single-use plastic and foam at every national park in Thailand, and their replacement with cloth bags and lunch box for tourists. He cited the temporary closure of Maya Bay, a top Thai beach destination, to facilitate the recovery of the marine life, and the provision of nets to operators of long-tail boats in Krabi to collect debris to bring back to shore for proper disposal.

TAT has also launched a series of campaigns in cooperation with numerous public and private sector partners; such as, the “Upcycling the Oceans” and “Trash Hero” volunteers to collect plastic debris from the ocean and transform it into thread to make shirts, bags, and shoes.

Another project is the ‘National Cleaning Declaration’ cooperative campaign with the Thai Hotels Association (THA) to encourage all hotels nationwide to reduce single-use plastic materials and replace them with locally made biodegradable products.

Mr. Yuthasak said, “I am also happy to report that our private sector delegation includes hotels and resorts located in nearly all these Best-Practise destinations. It is always good business practise to support those entrepreneurs and investors who seek to safeguard the Planet as much as their Profit.”

Thailand and Sweden have enjoyed strong diplomatic relations for more than 150 years. Thailand remains one of the most popular destinations in Asia for Swedish travellers. Swedish visitors have the highest length of stay at 19 days with a very high repeat-travel factor.