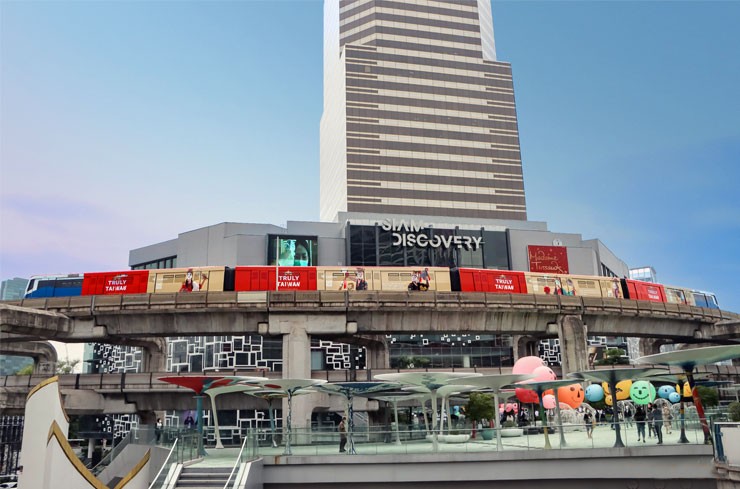 TAINAN, TAIWAN - The TripBarometer Global Report indicated that 57% of travelers pay more attention to the local history and culture and 42% of Asian travelers prefer countries rich in culture and humanities, which would refer to cities like Kyoto, Chiang Mai, and Tainan.

Tainan, located in the southern part of Taiwan, is where everything started for Taiwan and has a long history and culture, and the City is also named by Michelin as a "food capital." Tainan is only 80 minutes on the HSR from Taoyuan International Airport, and only a 50-minute drive from Kaohsiung International Airport.

The Bureau of Tourism used the traditional "Ba Jia Jiang" as the primary visual for large advertisements on the BTS, and their majestic appearances have successfully generated a lot of discussion. Tainan is the only city that has preserved this 400-year-old religious ceremony as the "Ba Jia Jiang" drives away evil and offers blessing. With COVID-19 raging on throughout the world, Tainan's "Ba Jia Jiang" appears in other countries to showcase its charm while offering blessings.

Tainan Mayor Huang Wei-che said that Tainan is the capital of tourism and the city has been actively making improvements to match international tourism. Even with the impact of COVID-19, Tainan is still one of the few cities with improving tourism. Kuo Chen-hui, director of Tainan City Bureau of Tourism, said that the business visas are already available to visitors, and Taiwan will soon issue tourism visas. To promote the tourism of the City, the Tainan City Government has not only worked hard to promote its tourism online, but also cooperates with various Asian countries' big cities to promote Tainan, showcase the beautiful city, and welcome tourists once the borders have been reopened.

Not only was "Someday or One Day" filmed in Tainan, the colorful nature of the "Ba Jia Jiang" provides people with options other than Taipei and Kaohsiung! Come and experience the culture and charm of Tainan in the 1990s!