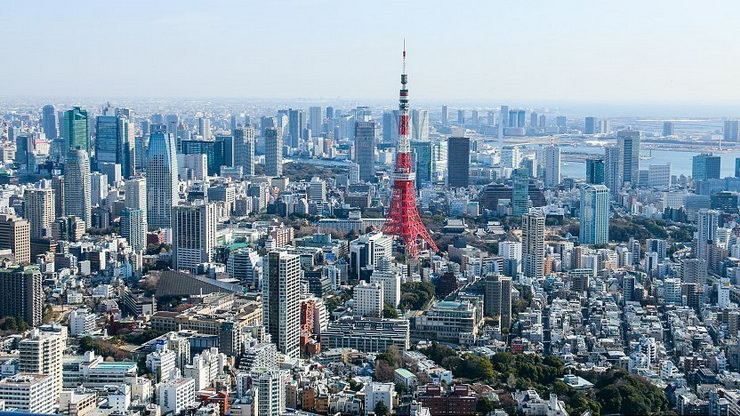 According to Expedia data, Tokyo, Seoul and London are among the top travel destinations for Singaporeans this year-end.

Singapore – With just 50 days left to Christmas, travellers around the world are ramping up on preparations to make that final trip of the year for the year-end festive season. For last-minute planners, there’s still a window of hope for you to make a travel booking that could give you savings of up to 30% on selected hotels. Drawing insights from Expedia flight and accommodation data for travel between 15 December 2019 and 14 January 2020, Singaporeans are favouring cooler destinations such as Tokyo (Japan), London (United Kingdom) and Seoul (South Korea) over Bangkok (Thailand) and Taipei (Taiwan), while braving long-haul flights to further-flung destinations such as Paris (France), Barcelona (Spain) and Los Angeles (United States of America) this year-end.

Here are some of the top travel trends identified by Brand Expedia for the year-end festive season.

Note: Top five year-end destinations for Singapore travellers, based on Expedia flight booking data for travel between 15 December 2019 and 14 January 2020.

“When it comes to booking flights, common sense typically calls for planning ahead in order to get the best deals. But the sweet spot for flights can vary, with seasonality, travel dates and other factors that could influence flight prices. Each year, Expedia aims to take the guess work out of travel by analysing thousands of booking data points to determine the optimal time for travellers to book their flights and save,” said Lavinia Rajaram, APAC Head of Communications, Brand Expedia.

With temperatures in key Asia Pacific destinations poised to drop in the December to January period, Singaporeans heading to Bangkok can expect chilly temperatures of between 15 to 17 degrees Celsius, while those visiting Taipei can bask in comfortable cool weather averaging 15 to 20 degrees Celsius.

Singaporeans are increasingly embracing long-haul flights to their dream destinations to celebrate the end of 2019. Further-flung cities such as London (United Kingdom), Paris (France), Barcelona (Spain) and Los Angeles (United States of America) have seen year-on-year growth rates of over 60% in flight demand during the year-end travel season.

Note: Fastest growing year-end destinations, based on year-on-year increase in flight bookings on Expedia, for travel between 15 December 2019 and 14 January 2020.

5 alternative destinations with cheaper flights and hotels this year-end

With many Singaporeans travelling during the year-end festive season, some may prefer to avoid the crowd altogether and head to someplace new instead. Based on Expedia data, the following five alternative destinations are not only less popular with Singaporean travellers, they also feature flights and hotels that are cheaper this year-end compared to the year before.

Note: 5 alternative year-end destinations with cheaper flight and hotel prices for travel between 15 December 2019 and 14 January 2020.