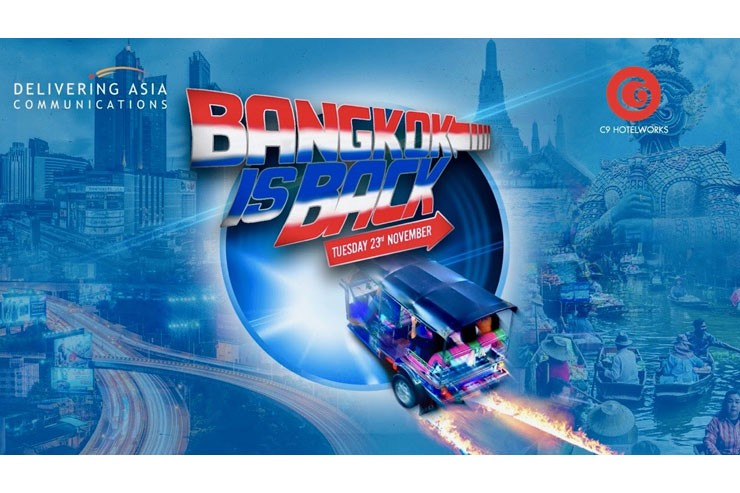 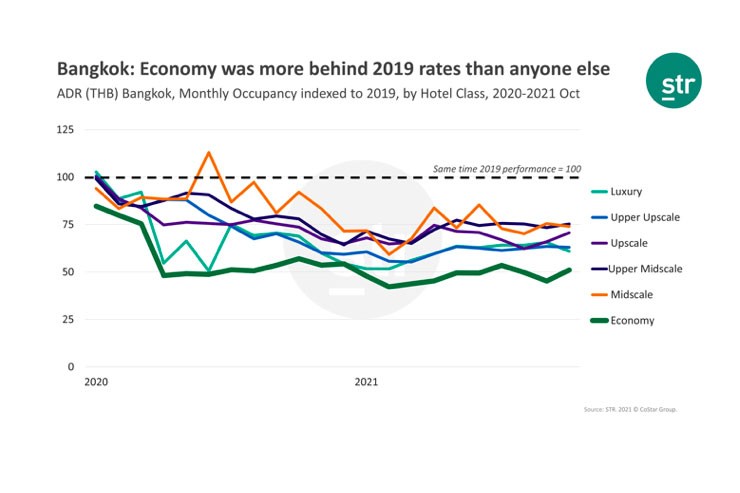 “Bangkok is Back” online event hears from tourism and hospitality experts about how the Thai capital is on track for a rapid rebound in the post-pandemic era.

BANGKOK, THAILAND - Before the pandemic, Bangkok was the most-visited city on the planet – a thriving hive of energy and activity which attracted over 22 million international visitors per year. Then, without warning, it all went quiet. Now, following the long-awaited reopening of Thailand’s borders on 1st November 2021, Bangkok is back. The city is welcoming the world’s travellers once again, hotel rates are starting to rise and restaurants are reopening. But what does the future hold in store for the Thai capital?

These topics were tackled head-on in “Bangkok is Back!”, a fast and furious 45-minute webinar that saw a panel of industry experts come together and delve deep into the critical issues impacting the Thai capital. Hosted by C9 Hotelworks and Delivering Asia Communications, the virtual event featured expert insights from data analysts, hotel owners and operators, general managers and restaurateurs, to create a 360-degree overview of the city’s hospitality sector.

Jesper Palmqvist, Area Director for Asia Pacific at STR, the hotel benchmarking specialists, revealed that while Bangkok’s occupancy still has plenty of room for improvement, the city’s average daily rate (ADR) is a reason to be optimistic. “Bangkok’s occupancy remains low – just 27% of open rooms. But ADR has held up relatively well compared to other cities in the region, such as Singapore or Hong Kong. The luxury sector has been affected the most. This is a demand-led crisis and luxury has really struggled to maintain occupancy, but other markets are moving upwards,” Palmqvist said.

“International travellers are ready to return to Thailand, but at the moment they’re heading to the islands. They don’t yet have the confidence to return to Bangkok. But,” he added, “we have a great scenario building, with almost 70% of people now vaccinated against COVID-19. This isn’t only important in Thailand, but in source markets too. If people are vaccinated, they are more willing to travel. The important thing is that restrictions are becoming fewer and countries are opening up. It’s looking hopeful for sure.”

Markland Blaiklock, Deputy CEO at Centara Hotels & Resorts, told the webinar that he is “full of energy” for the tourism recovery in Bangkok. “The pandemic has been like a rollercoaster, but not as much fun. So while we’re cautious about the latest reopening, we are very enthusiastic and positive about the future.

“In Bangkok the vaccination rate is close to 90% and that’s great news. Test & Go has just started, but as word gets out more people will see how easy it is to enter the country. Centara is focusing on making the guest experience as authentic and enjoyable as possible, while adhering to high health and safety standards. We’re seeing booking levels increase and Bangkok is picking up. It’s a great ending for the year and hopefully good preparation for what lies ahead,” he added.

This virtual think-tank was hosted – in original and inimitable style – by Bill Barnett, Managing Director of C9 Hotelworks, and David Johnson, CEO of Delivering Asia Communications.

“Bangkok is back! Borders have reopened and the city is welcoming the world once again. But this is unchartered territory; what do the coming months hold in store for the City of Angels? This is a new situation, a leap of faith, a step into the unknown. But as Doc Brown says in ‘Back to the Future’: "Where we’re going, we don't need roads!" Bangkok’s recovery is now in the fast lane, and we hope that through these forward-looking online think pieces we can help the industry prepare for it,” said Bill Barnett.