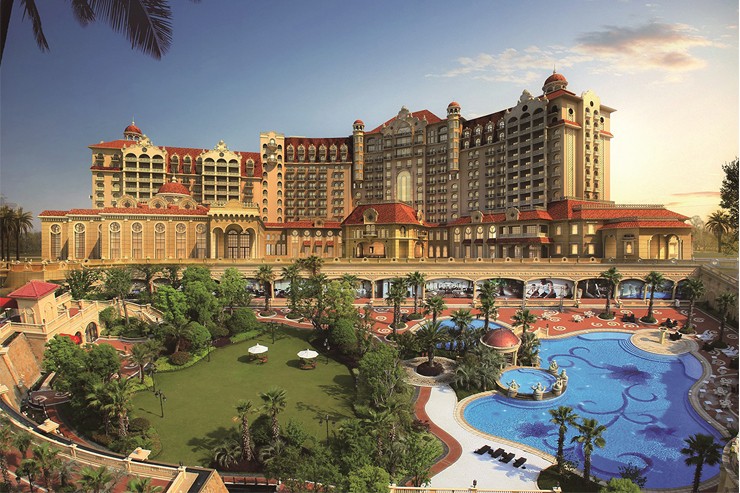 Situated in Hongqiao business district, Radisson Blu Forest Manor Shanghai Hongqiao is built from a blueprint based on the concept of Royal Spanish court.

Shanghai, China - Radisson Blu has continued to expand its portfolio in China with the opening of an urban resort in Shanghai.

Situated in Hongqiao business district, Radisson Blu Forest Manor Shanghai Hongqiao is built from a blueprint based on the concept of Royal Spanish court, featuring a marble lobby illuminated by chandeliers, 439 rooms and suites with refined furnishings and amenities, and views of the resort’s pools and city landscape from a private balcony.

Its Executive rooms and suites offer access to the Executive Lounge with a range of services, including private check-in/out, meeting rooms, a business center and all-day refreshments.

The hotel has a collection of versatile meeting spaces, including a 1000 square-meter Grand Ballroom and seven separate function spaces. Alfresco functions can also be arranged at the pool terrace or palm garden.

The Recreation Center features a fully-equipped fitness center, a spa and a 25-meter indoor swimming pool, while a kid’s club and children’s pool are available for younger guests. F&B outlets include The Open Kitchen all-day dining restaurant, Liqing Chinese Restaurant and The Lobby Lounge.

Radisson Blu Forest Manor Shanghai is located about 1km from the National Exhibition and Convention Center and 3km from Hongqiao International Airport and Shanghai Hongqiao Railway Station, the main terminal for a series of high-speed rail lines.