One of Asia’s leading resort destinations Phuket looks set to weather a perfect storm as soaring hotel supply is forecasted to be challenged by declining tourism demand. New research from consulting group C9 Hotelworks in their Phuket Hotel Market Update Mid-Year Edition has revealed an island development pipeline of 15,348 keys set to enter the market over the next five years, which represents an 18% push in total supply. During the first four months of 2019 which is ranked as high season, year-on-year international passenger arrivals at Phuket International Airport slipped by 3%, while the domestic segment was down 6%. Looking into the data, the first half of 2018 had been a record-setting tourism period, as the succeeding six months experienced a sharp decline due to the retraction of the Mainland China market. Mainland China remains at the forefront of any discussion about Phuket and the segment remains volatile with a 19% decrease registered this year from January through May. Russian arrivals have yet to fully recover. On the upside, fast-growing India tripled its tourism arrival trajectory during the same period versus 2018.

Hotel performance has mirrored the current trend, according to STR data this reflects a 12% retraction of RevPAR, driven largely by lower market-wide occupancy. While May and September are the two lowest months for Phuket hotels, July and August are projected to experience boosts in occupancy. But the reality remains that non-high season attracts significantly lower room rates and this factor will undoubtedly suppress overall rate growth during the year. 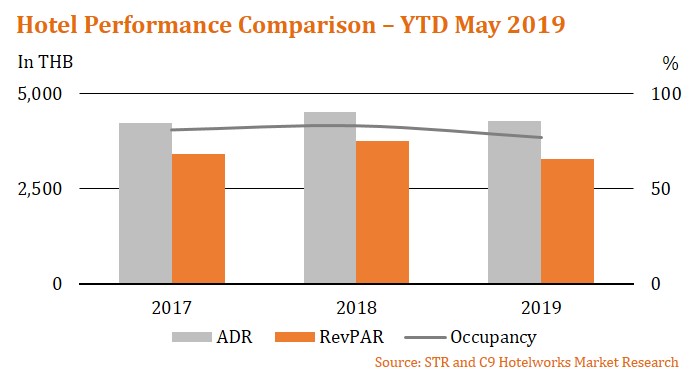 C9 Hotelworks report also highlights the growing influence of hotel branded residences on the Phuket accommodation market. Over 50% of the incoming pipeline or 8,337 units are being developed.  Majority of this products are condominium properties with many being affiliated to international hotel groups via management or franchise agreements. Despite the drop in Chinese tourists, a number of Mainland real estate conglomerates have entered the island property sector.

Summarizing Phuket’s forecasted tourism market conditions, C9 Hotelworks view is that with the development of the new Greater Phuket airport by AoT in Southern Phang Nga, the long- term forecast remains positive. It’s probable that current hotel sector will experience a similar cycle that Bali saw between 2014 through 2018 and that new supply will eventually be absorbed on a medium-term basis, but in the shorter term, demand remains a key risk factor impacting operators and owners. 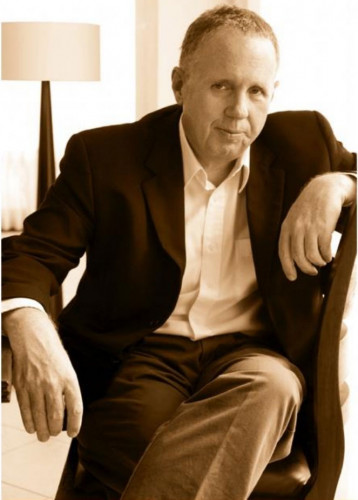 With over 30 years' industry experience in Asia, Managing Director Bill Barnett's brings passion and widely respected expertise to his craft of consulting in the hospitality real estate space. Prior to founding C9 Hotelworks in 2003, he held executive roles with prominent international hotel management companies and publicly listed organizations in both key and emerging markets. Strategically based in Thailand, Bill has held senior roles including Deputy Managing Director of the publicly listed destination resort Laguna Phuket, where he was instrumental in establishing a branded hotel managed residential property division into a prominent real estate operation. Prior to this he was Chief Operating Officer – Asia Pacific for Millennium & Copthorne Hotels in Singapore, where his responsibility covered 43 operating and hotel assets. As an executive with Century International Hotels in Hong Kong, he played a key role in the expansion of the chain for nine years, through Vice President positions in operations, development and asset management. Delivering a proven track record in asset management, Bill has acted in ownership representation for leading hotels including properties under Four Seasons, Ritz-Carlton, Regent, Hyatt, Hilton, Starwood, InterContinental and ACCOR. He attended executive education courses at Cornell University School of Hospitality Management and is currently a member of ISHC (International Society of Hospitality Consultants) and was awarded a prestigious PATA Gold Award in 2007 for Marketing. Bill shares his finger-on-the-industry-pulse through lively presentations at key industry conferences in the Asia Pacific region, and regularly contributes to publications including Property Report and the leading tourism and property based newspaper the Phuket Gazette. Additionally he has appeared on CNBC, BBC and CNN.