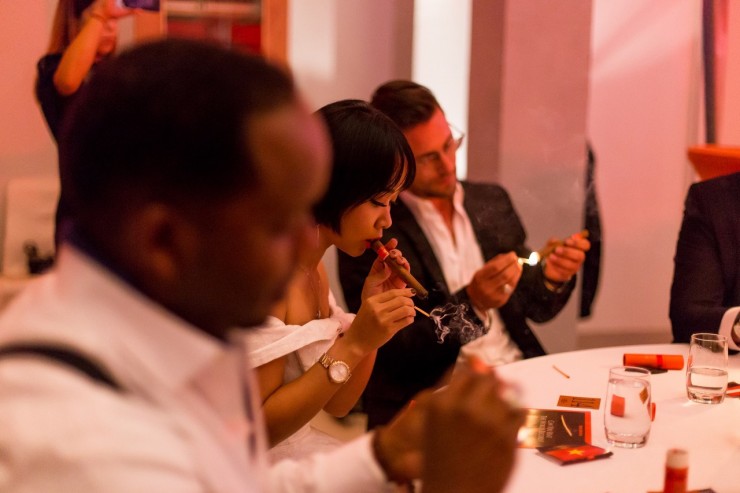 Cigar Smoking World Championship will be held in Bangkok for the third year running at Whisgars Sukhumvit Soi 23 at 7 PM on Wednesday, March 27, 2019.

Bangkok, Thailand-- Paul Hayward from Bangkok, co-founder of the Panthera Group, the new owner of Whisgars proudly announced that the highly anticipated Cigar Smoking World Championship will be held in Bangkok for the third year running at Whisgars Sukhumvit Soi 23 at 7 PM on Wednesday, March 27, 2019. The lucky winners in Thailand, will receive an array of exciting prizes, comprising of a limited edition Cueryo y Sobrinos luxury pen for the Champion, a Manucado Colibri limited edition cigar cutter for the runner up, a Manucado Cigar & Whiskey set for the third prize and Boveda Humidification sensors and many other prizes from Manucado Cigars for the contestants.

In September, the final round of the 2019 Cigar Smoking World Championship final round, will be held in Split, Croatia. The Cigar Smoking World Championship was founded in 2010 by Marko Bilic, who is also the Championship’s President with Ivana Vrdoljak the Vice President. Their unwavering passion have gathered around them a group of cigar aficionados that are bound together by sincere friendship and who want to make cigar history and share the love with rest of the world. Winners from Thailand will have the opportunity to partake in a weekend of true pleasure, hedonism and good entertainment and most of all enjoy life and new precious friendships that are created during this fun festival.

“At Whisgars we want our patrons to be able to enjoy and participate in these world class events. Now in its 10th year, the Cigar Smoking World Championship has become a major attraction for true cigar aficionados, cigar dignitaries, respected cigar manufacturers and some of the most important and celebrated people in the cigar world. We are very proud to be part of this exclusive cigar tribe and enable representatives from Thailand to join the festival in Croatia” said Paul Hayward, Bangkok.

Championship rules require no more than 20 participants, so please RSVP as soon as possible, so that we can hold a spot for you as limited seats are available to participate.

The participation fee is 1,000++ per person for contestants and prizes will be awarded for 1st-3rd place.

For those who want to cheer on the contestants, unlimited seats are available not to miss out on the action and enjoy one of the best smoking events of the year.