This new structure will strengthen the Group’s regional management as the company expands its global portfolio spanning Asia Pacific, Europe and North America. By giving each leader closer access and working relationships with their hotels in each region, the reorganisation will boost the  Group’s pre-opening planning,  operating performance, service enhancement, as well as effective implementation at its properties around the world.

The following are the newly appointed leaders and their areas of purview. Jeremy Aniere assumes the role of Vice President of Operations for Singapore, except Pan Pacific Orchard. In addition to his role as General Manager at Pan Pacific Singapore, Jeremy will drive the operational processes, standards and performance of eight Singapore properties under the Pan Pacific Hotels Group.

Jeremy holds more than 25 years of international hotel experience and with groups such as Hyatt, Shangri-La and  Accor.  He joined  Pan  Pacific  Hotels  Group in December 2021 and helmed Pan Pacific Perth as its General Manager until June 2022. Prior to joining the Group, Jeremy was the Vice President of Operations for Accor Greater China (South China), where he oversaw the operations of 30 properties under brands such as   Raffles,   Fairmont,   Sofitel,   Pullman and Novotel. Marcel Holman joins Pan Pacific Hotels Group as Vice President of Operations for China, Indonesia and Japan; as well as General Manager for Pan Pacific Orchard, opening in the first half of 2023.

Across Indonesia, China and Japan, he will oversee the operational performance of 13 properties under the Group, including those in development. In Singapore, he will helm the opening of the flagship Pan Pacific Orchard, the Group’s next icon of sincere luxury hospitality.

Marcel brings more than 35 years of experience in hospitality, having worked with IHG, the Shangri-La Group, and Sukhothai Hotels and Resorts, where he was responsible for opening Sukhothai Shanghai as its General  Manager.  Prior to joining  Pan  Pacific  Hotels Group, Marcel was the Regional Vice President of Operations – Greater China and Managing Director of The Langham Hong Kong. In addition to his current purview over Pan Pacific Hotels Group’s properties in Malaysia and Indo-China (Vietnam, Myanmar, Thailand, and Cambodia), Richard has been appointed to also drive the operational performance of the Group’s properties in Dhaka and Nairobi. In total, he will oversee 17 hotels, resorts and serviced suites.

Richard has more than 25 years of experience managing serviced suites and hotels in Asia. His hospitality career began with The Ascott Group in 2004 where he rose to Country General Manager for Vietnam,  before joining  Pan  Pacific  Hotels  Group in September 2011 as Vice President for Serviced Suites. Prior to his hospitality career, Richard had diverse experience in leading companies in the finance, oil and gas industries.

Margaret Paul, Vice President of Pre-Opening and Operations for Oceania

Starting 1 October 2022, Margaret will steer Pan Pacific Hotels Group’s global launches as the Vice President of Pre-Opening, overseeing a growing pipeline of hotels, resorts and serviced suites. In her role as Vice President of Operations for Oceania, she will also oversee six properties currently operating in Australia.

Prior to this role, Margaret was the General Manager of Pan Pacific Singapore. She developed her hospitality career in Jumeirah Hotels and Resorts, holding various leadership positions including at Jumeirah Carlton Tower in London, the Burj Al Arab and Madinat Jumeirah. Margaret was the Managing   Director of Emerald Palace Kempinski, Dubai & Kempinski Hotel Residences Palm, Jumeirah. 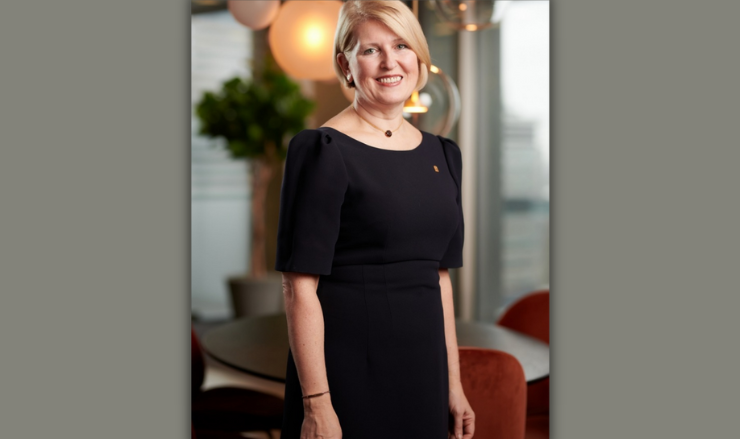 Anne takes on the role of Vice President of Operations for the United Kingdom & North America. In this capacity, she will oversee the operational performance for a total of six properties in these regions.

She also leads as General Manager of Pan Pacific London, the Group’s flagship property in Europe that has achieved the prestigious Forbes Five Star hotel rating within its first months of opening in 2021.

With more than 25 years of experience in hospitality, Anne began her career with The Cumberland Hotel in London, eventually progressing to Le Meridien Piccadilly and Thistle & Guoman Hotels. Prior to joining Pan Pacific Hotels Group in July 2019, Anne was the Regional Vice President, Operations and Development with SBE Hospitality Group, London.