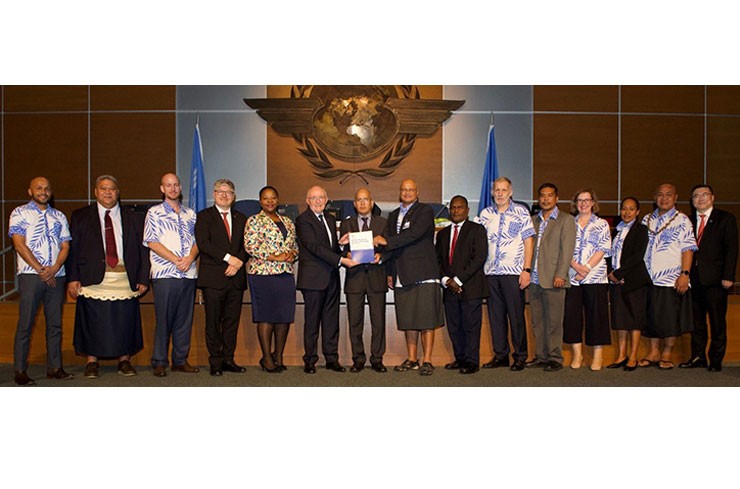 The new Strategy is a major turning point for the Pacific Sub-region, and will help its participating States work together more effectively with ICAO and the Pacific Aviation Safety Office (PASO) to assure the safe, secure, and sustainable growth of regional air connectivity and socio-economic development.

“In particular, ICAO is pleased to have had the opportunity to contribute to the development of a number of key instruments, namely the Pacific Ministers Declaration and the Pacific Aviation Safety Office 10-year Pacific Regional Aviation Strategic Plan for 2022-2032,” Secretary General Salazar continued.

Following the ICAO 2019 Pacific Small Islands Developing States (PSIDS) Aviation Needs Analysis, an Implementation Roadmap was developed to guide ICAO efforts in the region. As countries continue to work to recover from the global pandemic, ICAO is focusing its efforts on capacity-building, implementation support activities, and technical assistance to the PSIDS through complimentary delivery of ICAO’s Implementation Packages (iPacks), in addition to the continued on-site technical assistance missions.

He also noted the recent appointment of a dedicated ICAO PSIDS Liaison Officer, with the generous financial support contributed by Singapore and offers to host the new ICAO Officer being received from Fiji and Papua New Guinea.

In closing, Mr. Salazar emphasized ICAO’s unwavering commitment to the PSIDS, and to advance the achievement of ICAO’s global Strategic Objectives for sustainable civil aviation growth in the Pacific.