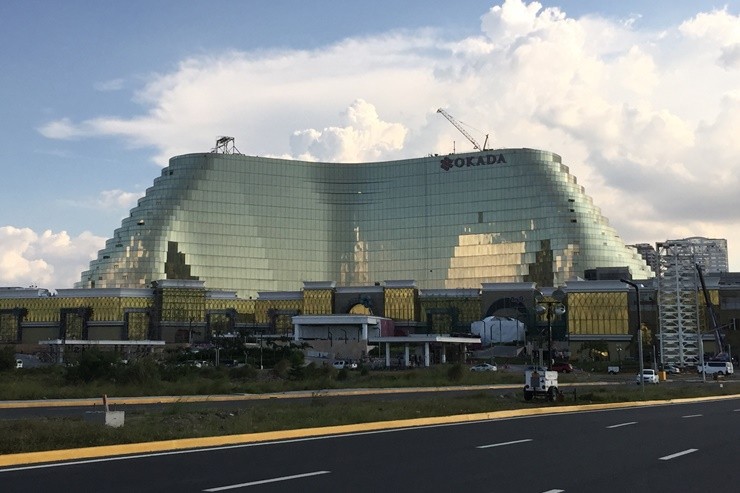 Okada Manila, one of the premier destination casino resorts in Asia and the largest integrated resort in the Philippines, surpassed its total revenue and adjusted EBITDA guidance previously disclosed to 26 Capital stockholders in October at the time of the merger announcement.

Fiscal year 2021 total revenue of $399.6 million1 exceeded prior forecasts by $82 million1 and increased 24% over 2020. Adjusted EBITDA for FY2021 topped projections by 122%, coming in at $46.8 million1, or $72 million more than 2020, primarily due to a very strong performance in gaming in Q4 and as a result of significant cost reductions implemented by management.

Additionally, non-gaming revenue increased by over 30% from 2020 to 2021, indicating a strong rebound in demand for the property's numerous non-gaming offerings, including its Retail Boulevard, luxury spa, dining options and the Cove Manila beach club.

Okada Manila ended the fourth quarter as the clear market leader with a market share of 36.5% in Entertainment City for the month of December according to analysts' research. This result illustrates the quality of the Okada Manila property and indicates its post-construction completion potential.

It's anticipated that Okada Manila's strong market position will be aided by the absence of additional competition in Entertainment City in the foreseeable future due to the scarcity of land available for development. Furthermore, when the Philippines fully re-opens, Okada Manila's margins are expected to continue to benefit from substantial long-term cost reductions achieved during the pandemic. As such, EBITDA is projected to exceed $500 million by 2025.

"Most companies acquired by SPACs are missing their guidance by a significant amount, but Okada Manila crushed it with the highest market share in December 2021," said Jason Ader, Chairman and Chief Executive Officer of 26 Capital Acquisition Corp. "This impressive performance validates what I saw in Okada Manila when searching for a target for 26 Capital. I wanted a strong, progressive brand with a unique offering that would provide investors with a lucrative ROI, and it looks like my vision is on track to deliver. I expect that this positive momentum will continue throughout 2022, and Okada Manila will maintain its position as the market share leader in Entertainment City."

"Covid-19 restrictions meant that there was no international tourism in Q4, and the property operated with various restrictions, so it's incredibly impressive to see such outstanding results. I'm proud that the team has delivered an exceptional year, far exceeding our expectations, and I'm excited to see the numbers when things completely open up," Ader added.

"The performance seen in Q4 underscores people's desire to get out and spend money on leisure activities," said Byron Yip, President of Okada Manila. "We have ended the year on a high note, with Q4 demonstrating our continued strong execution and ability to bring best operating practices that maximize productivity across the full spectrum of gaming, hospitality, retail, and entertainment offerings. The fact that this significant improvement in our performance, when compared to the other casinos in Entertainment City, was achieved in one of the most difficult periods that gaming has faced in decades, is a testament to the team's hard work and the positive impact of a series of comprehensive initiatives implemented under my management."

"With the upcoming merger and our continued optimization or our gaming business and diversification of our non-gaming revenue streams to further differentiate the property, I'm more confident than ever that we will deliver sustained growth and strong returns for shareholders in 2022 and beyond," Yip added.