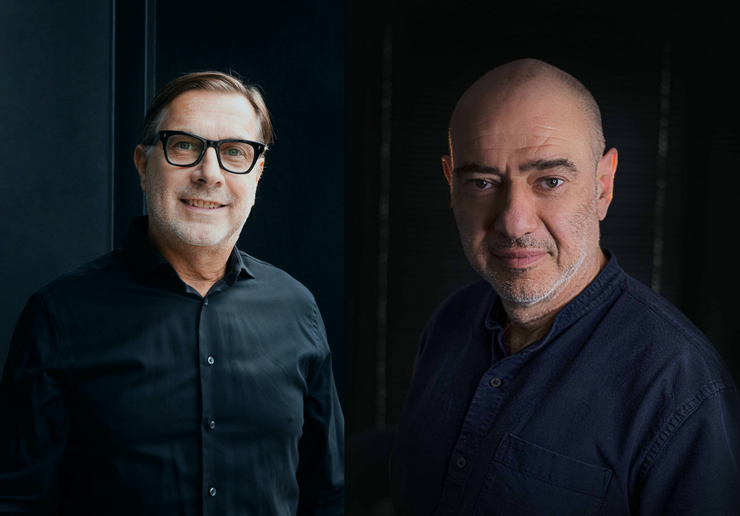 Start-up incubator to catalyse transformation in global hospitality unveiled at the Arabian and African Hospitality Investment Conference (AHIC) in Dubai.

Dubai, UAE - KUBE Ventures has a single purpose: to drive transformation by incubating and accelerating hospitality start-ups. Inspired and created by Michael Levie and David Keen, KUBE has attracted some of the world’s foremost entrepreneurs and disruptors in the hospitality space. Each one shares the values of the founders and a drive to create fundamental change.

KUBE Circle brings together leaders, veterans and visionaries in the hospitality industry in a club-like concept. This community forms a global think tank for knowledge sharing, education and networking. It will also be its own catalyst of start-ups.

KUBE Ventures is governed by KUBE Conscience; an appointed board to measure the values and potential of each entity. While KUBE Circle acts as the rich mind, KUBE Conscience stands as a moral gateway.

Michael and David chose AHIC as the forum to launch KUBE Ventures as the destination asserts its credentials as a hub for investment for value-driven start-ups across the world. In light of the pandemic, KUBE Ventures hopes to overcome hospitality’s greatest challenges by fostering new entities that dare to innovate.

“We want to give back to the hospitality industry. All of our shareholders have united with a crystal-clear purpose. We want to catalyse transformation: be it in technology, operations or human resources”, says KUBE Ventures founder Michael Levie.

When asked why now and why KUBE, David Keen adds, “The moment is now. The post-pandemic era is one of extraordinary opportunity. Our purpose is to realise our industry’s potential and to bring it up to par with the world’s most dynamic industries and organisations”.

Marloes Knippenberg, chief executive officer of Kerten Hospitality, and a change merchant in her own right, will interview Michael and David at AHIC in a session on 20 September 2021 at 1600 entitled ‘How do we foster transformation and change in hospitality’.

KUBE Ventures incubates and accelerates start-ups in global hospitality. Incorporated in Singapore by Michael Levie and David Keen in 2021. KUBE Ventures officially launched in Dubai in September 2021 at the Arabian & African Hotel Investment Conference. The company now has 18 actively participating shareholders. KUBE Ventures is guided by two entities. KUBE Circle, a members’ community of established individuals in the hospitality industry, and KUBE Conscience, an empowered and diverse advisory board.