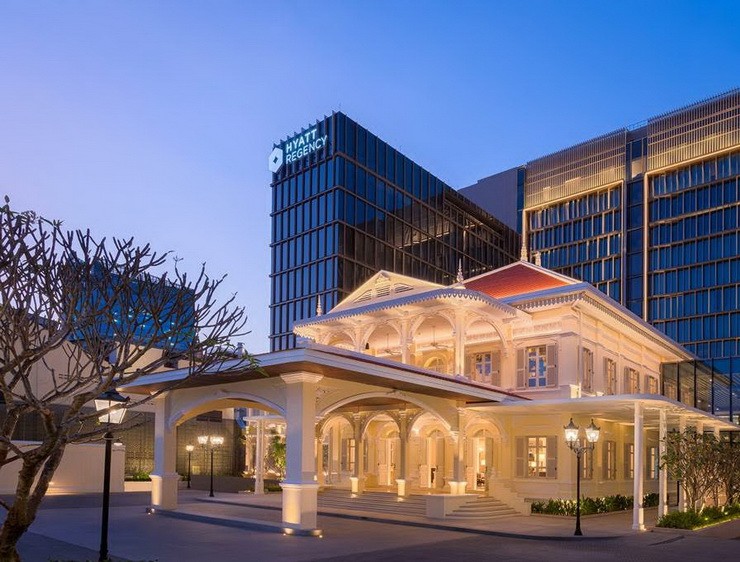 Luxury hotel partners with AmCham to raise funds for screenings of garment workers.

Phnom Penh, Cambodia - Hyatt Regency Phnom Penh is stepping up to stem the scourge of cervical cancer in Cambodia by hosting a special fundraising event on August 12.

With proper screening, cervical cancer is one of the most preventable cancers. However, the disease continues to wreak devastation in Cambodia where it is the most prevalent cancer among women.

In tandem with AmCham Cambodia, Hyatt Regency Phnom Penh is doing its bit to improve the screening process through its 'Let’s Give Back!' charity evening, which will be held on Friday, August 12. “Corporate Social Responsibility and giving back to the country and community where we do best is now one of AmCham’s highest core values," said Mr. Travis Mitchell, AmCham Executive Director.

This year, AmCham has prioritized CSR more than ever. AmCham is the first chamber not just in Cambodia but the region to do so.

Proceeds from the event, which takes place in the hotel’s ballroom and will feature free-flow soft and alcoholic drinks, gourmet canapés and live music, will be donated to Cambodia’s Mercy Medical Center.

It will go toward cancer screenings and tests for garment factory workers. The drive is part of a wider goal to reach the estimated 500,000 women working in Cambodia’s garment industry through a mobile testing program that gets underway in November 2022.

The World Health Organization and the Cambodian Ministry of Health have designated cervical cancer as the number one priority for prevention, with a goal of eliminating cervical cancer deaths by 2030.

One cervical cancer test takes between five and 15 minutes and costs only US $1 per person. All proceeds from the event will go toward screening as many women as possible.

It is also possible to donate directly to Mercy Medical Center. US $150 will cover the costs of screening ten women.

“No woman should die of cervical cancer,” says Herman Kemp, General Manager of Hyatt Regency Phnom Penh. “But the disease remains a huge problem in Cambodia, mainly due to a lack of knowledge.

“See and treat programs like the government cervical cancer task force program, in conjunction with public and private hospitals such as Uof P and MMCC, are preventing cancer and saving lives.”