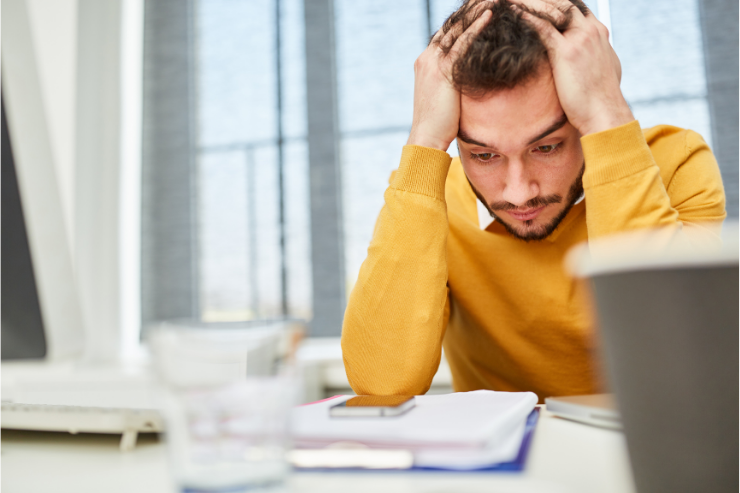 In recent years, the global hospitality and tourism industry has faced numerous shocks, including acts of terrorism, geopolitical instability, and the 2008 global financial crisis.

Health crises are every hotel manager’s worst nightmare, but they are becoming increasingly common. In a fascinating and prescient case study that bridges the gap between theory and practice, Dr Clare Fung and Dr Alice H. Y. Hon of the School of Hotel and Tourism Management (SHTM) at The Hong Kong Polytechnic University and a co-author show that embracing a four-stage crisis management model can help hotels to protect their residents, reputations, and revenue. Written before the COVID-19 pandemic, their study documents the responses of Hong Kong China Travel Service Hotels Limited to the outbreaks of SARS and swine flu, showing just how critical a crisis management plan is. As the hospitality and tourism industry emerges from the COVID-19 pandemic, the lessons contained in this case study will prove invaluable.

In recent years, the global hospitality and tourism industry has faced numerous shocks, including acts of terrorism, geopolitical instability, and the 2008 global financial crisis. Threats to health have been particularly severe. “The hospitality industry has faced a considerable disease crisis challenge in the past 15 years”, say the researchers. The short-term impact is a loss of revenue, and the longer-term consequences may be devastating. “An unexpected and potentially disruptive crisis can threaten tourism demand and harm the business performance of a hotel, as well as the reputation of its location”, the researchers caution.

Hong Kong China Travel Service Hotels Limited (HK CTS Hotels) operates more than 18,000 rooms in Hong Kong, Macau, and mainland China, as well as 50 UK hotels. The success of the hotel group lies in “dedicating the best hospitality services to hotel guests”, the researchers tell us. Over time, the group has had to adapt to several emerging threats, making it the ideal focus for a case study of crisis response. The researchers examined how HK CTS Hotels dealt with two serious health events – the outbreaks of SARS and swine flu.

In February 2003, a guest checked in to room 911 at the Metropole Hotel, Hong Kong. Along with his luggage, he was carrying the deadly SARS virus, which he would subsequently pass on to at least 12 other guests. “There was no awareness of SARS at the time”, note the researchers. However, the world soon learned of this deadly disease, which ultimately claimed more than 700 lives. The crisis took the hotel completely by surprise, and it was slow to react.

“The SARS outbreak had a significant impact on the Metropole Hotel’s business as well as that of other Hong Kong hotels”, say the researchers. This included a 90% drop in reservations. Investigators publicly stated that the professor’s vomiting on the floor outside his room had caused the virus to spread. For a chain that prides itself on cleanliness, this report was hugely damaging. “The investigation finding shocked the hotel guests and the wider community of Hong Kong”, the researchers report. The hotel itself became known as the “SARS hotel”, a name it would struggle to shake off. It was eventually rebranded as Metropark Hotel Kowloon.

The hotel’s failure to contain the crisis caused significant damage to the business and the brand. Recognising the risk posed by future health outbreaks to the hotel group’s reputation and profitability, the chain’s management team acted decisively. “The SARS infection case in the Metropole Hotel forced HK CTS Hotels to develop its crisis management system to ensure that its hotels could smoothly handle any potential crisis”, explain the researchers. The group soon had the chance to put this system into action.

As soon as news of the 2009 swine flu outbreak emerged, HK CTS Hotels’ crisis planning taskforce created preventative guidelines for all of the group’s hotels. Despite these measures, the group was unable to avoid its first infection case. A traveller from Mexico who checked in at Metropark Hotel Wanchai was confirmed as the first swine flu case in Hong Kong.

To contain the outbreak, the hotel’s guests were forced to stay inside for seven days. This caused significant “dissatisfaction and anger”, the researchers tell us. The hotel became the focus of global media attention. “Guest satisfaction became a critical factor in the public image and the reputation of the hotel”, say the researchers, and it quickly became the focus of crisis management efforts. The hotel sought to distance itself from the quarantine arrangements. It was made clear to residents, the public, and the press that “the role of the hotel was to provide excellent service to all guests”.

An enquiry desk was set up to field calls and provide information and advice. It also conducted an impact assessment to identify practical ways to make guests feel more comfortable and informed. The hotel made guests’ health and safety its “first priority”, note the researchers, arranging for them to receive relevant information from government health experts. To put its guests further at ease, the chain waived all costs, organised meals and events, and even handed out Sony PlayStation Portable consoles to bored children. A crucial line of communication with the head office was established. This, say the researchers, enabled Metropark Hotel Wanchai “to receive suggestions and support from the HK CTS Hotels management team and resources and support from HK CTS Hotels”.

Clearly, the detailed crisis management plan and decisive action taken by the hotel manager and other decision-makers ensured that Metropark Hotel Wanchai was well prepared to cope with the swine flu outbreak. As well as providing essential support for residents, the researchers note, the hotel’s action plan helped to protect its reputation.

Comparing the responses of HK CTS Hotels to these two dramatic health events, the authors found evidence that adopting a four-stage crisis management process is highly effective. To manage a crisis, they explain, a hotel must go through four key stages: “reduction, readiness, response and recovery”. This theoretical model provides hotel managers with a “general crisis management framework which provides guidelines on how to handle a crisis properly”, the authors state. Going further, they outline a blueprint for crisis management informed by experience.

During the first phase, crisis reduction, hotels should seek to “minimise the impact of an upcoming crisis”, say the researchers. This involves gathering information on the potential threat from all sources, including, crucially, social media. This stage is not about acting – yet. Instead, it “should mainly be about knowledge acquisition, creation and storage”, advise the authors.

On reaching the crisis readiness stage, the organisation has already been affected. Therefore, “providing protection for staff, guests and property will be the main aim of the contingency plan”, the researchers explain. The crisis should be categorised according to its seriousness and its impact, or the “type of damage” it inflicts. Its categorisation should dictate the particular strategy to be taken.

Communication is paramount during the crisis response stage. Having activated and implemented its contingency plan and tactics, the hotel should now “build up effective internal and external communication channels so that its employees, hotel guests and the public can access updated information”, the researchers recommend. Ongoing evaluation is required to assess the impact of the crisis and to re-evaluate and refine approaches.

Once the danger has passed, the hotel enters the crisis recovery stage. It must now “focus on implementing a recovery plan and reconstruction”, suggest the researchers. Although disruption and damage are unavoidable, there is room for optimism, as a “well-devised recovery plan and marketing strategy can change the crisis into an opportunity in the long term”. Such tactics might include price differentiation, service quality enhancement, the efficient use of social media, and public relations tactics. The ultimate aim of this stage, explain the researchers, “is to consolidate the organisation’s competitive advantage and its positioning”.

Translating theory into practice is not always simple, but it is vital – especially at times of crisis. As this case study shows, by adopting and implementing a four-stage crisis recovery plan, HK CTS Hotels was able to safeguard – and even strengthen – its reputation. The paper is a powerful illustration of the important work that SHTM academics carry out in bridging the gap between theory and practice, applying lessons learned in the classroom to the real world. It is this practical and pragmatic approach to management that sets our students and researchers apart.