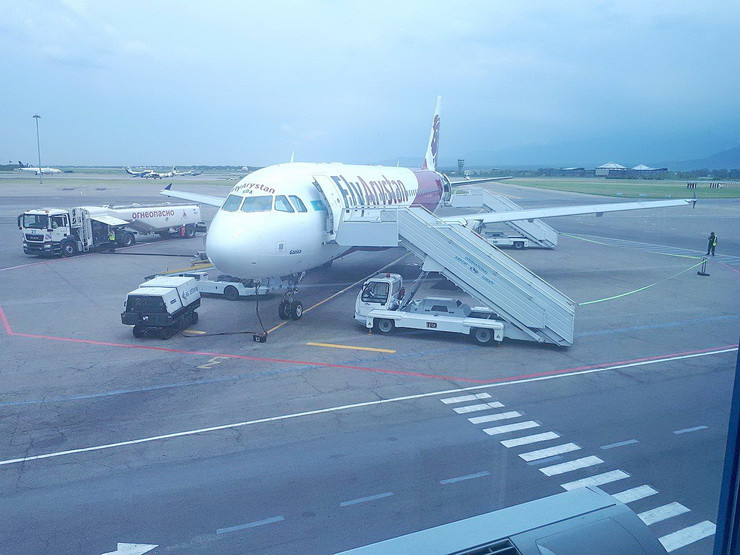 The continued network expansion of FlyArystan is made possible due to arrival of the airlines fifth aircraft, joining the fleet in March 2020.

FlyArystan announced the expansion of its base in Almaty with the launch of new flights from Almaty to both Aktobe and Kostanay. FlyArystan are also adding significant capacity on existing routes in time for the peak summer season. When comparing the planned destinations for summer 2020 versus summer 2019 FlyArystan has doubled destinations served from Almaty from 6 to 12 and nearly doubled summer seat capacity with an increase in weekly seats of 90% to the southern capital.

The continued network expansion of FlyArystan is made possible due to arrival of the airlines fifth aircraft, joining the fleet in March 2020. This will be the third aircraft to join the airlines growing aircraft fleet in Almaty. The airline will launch new daily service on Almaty-Kostanay-Almaty as of 12 March this year, with one way fares on this route starting from just 8,999 tenge. In addition and staring from April 20, 3 weekly roundtrip services will be introduced from Almaty to Aktobe, with prices starting from just 11,999 tenge. Tickets are already on sale and available at flyarystan.com with sales now available up until October 25, 2020. FlyArystan recommends that customers plan ahead and book early in order to get the best availability of the lowest fares.

Other highlights of the additional flying announced by FlyArystan for summer 2020 include the following significant increases of capacity and flights for summer 2020 versus summer 2019:

Director for sales and marketing of FlyArystan Janar Jailauova said "FlyArystan started operations just before the summer last year. Hundreds of thousands of people were able to explore with us then and with the growth of aircraft in Almaty this year, with new routes and more capacity for the summer even more people will be able to take to the skies to explore or to catch up with relatives and friends.”

Earlier the first low-cost airline of Kazakhstan shared the news about the launch of ticket sales on new routes from Almaty and Nur-Sultan to Kyzylorda, as well as to Petropavlovsk and Kokshetau from Almaty. FlyArystan now has flights available to 12 destinations from Almaty. Sales for all current and new destinations are available until October 25, and are open right now on the official FlyArystan website. FlyArystan recommends that all passengers start planning their trips and booking their tickets early to get the most affordable and lowest prices for summer 2020.