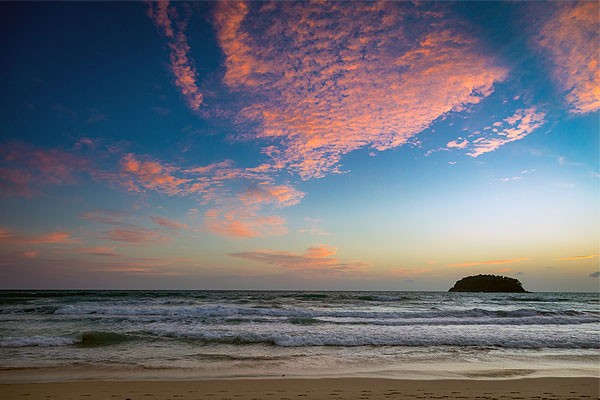 The most Instagrammable relaxing location is Phuket, Thailand with whopping 9.7 million hashtags.

After a long stressful six months of a global pandemic, it’s fair to say we’ve all earned a recharging break!
Somewhere to sit back, unwind, relax, and rejuvenate. That’s why the experts at PsychicWorld.com looked into where the most Instagramable tranquil locations are around the world.

First: Phuket, Thailand
With guaranteed weather and picturesque beaches, it’s no wonder why Phuket in Thailand is the world’s most Instagrammable relaxing location. With a massive 9.7 million people using the hashtag ‘Phuket’ worldwide. Who doesn’t want to hear the swishing of the waves, the smell of sun cream, and the sound of meditation music after a restricted six months at home?

Third: Tulum, Mexico
Attracting history and water lovers alike it’s no surprise why Tulum in Mexico has more than 5.9 million hashtags. From lounging on the beach to swimming in secluded cenotes in Tulum’s underwater caves we couldn’t think of anywhere greater to unwind.

Fourth: Ubud, Bali
Known as one of the most tranquil and calming places on earth Ubud in Bali, Indonesia came in with a staggering 4.8 million hashtags. It’s the perfect location for yogi lovers and sun worshippers.

Fifth: Mykonos, Greece
The Greek tradition of smashing plates may be loud but one of the many Greek islands Mykonos is far from that. Offering beautiful beaches and camera-capturing sunsets we’re not surprised it has 4.3 million hashtags.

Sixth: South America 146,000
Heading out of the millions is South America, specifically Mendoza in Argentina (the only relaxing location included) with 146,000 hashtags - 22 times lower than the leading continent Asia.

Last: Antarctica
With its frightfully cold weather it is no wonder that Antarctica wasn’t a contender for the world’s most relaxing continents despite it being on our bucket lists.