Living near one of the seven Disney resorts worldwide could double the value of your home by 105%. On average the report found that the houses near Disney resorts could command £4,064,824 more on average than homes in the surrounding area.

From Disney to Legoland, the mortgage experts at money.co.uk have determined which theme parks could double the value of homes in the neighbourhood. Each park can score a maximum of 11 points, giving a top score of 66.

Ranked: 11 Theme Parks Adding the Most Value to Houses:

Topping the list is Hong Kong Disneyland Resort, scoring 49/66. The closest three-bed homes to the parks are listed at a magical £894,689, that’s 93% more than the average property in Hong Kong at £462,514. The Walt Disney World Resorts scored low on both pollution and traffic levels, making it the most desirable theme park on the list and the most expensive. 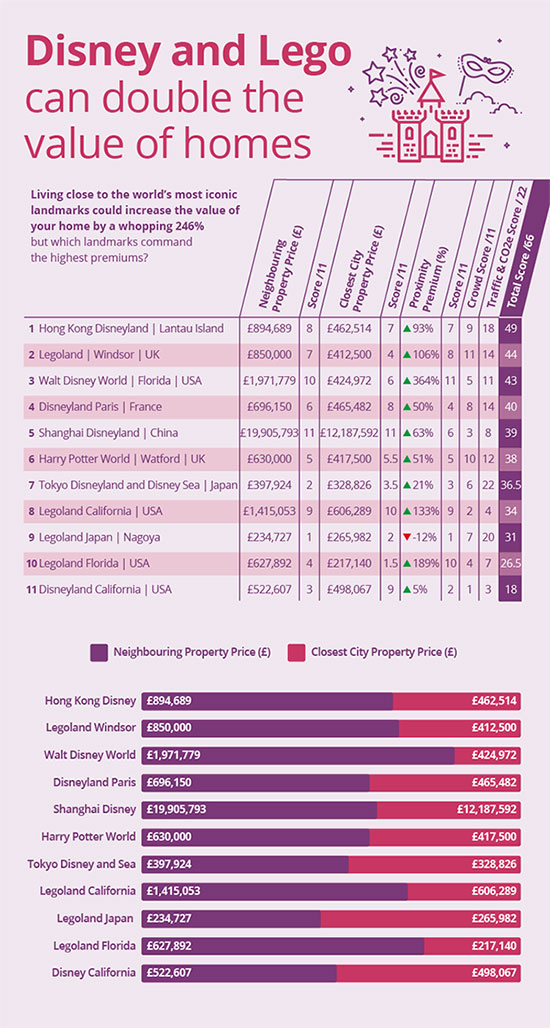