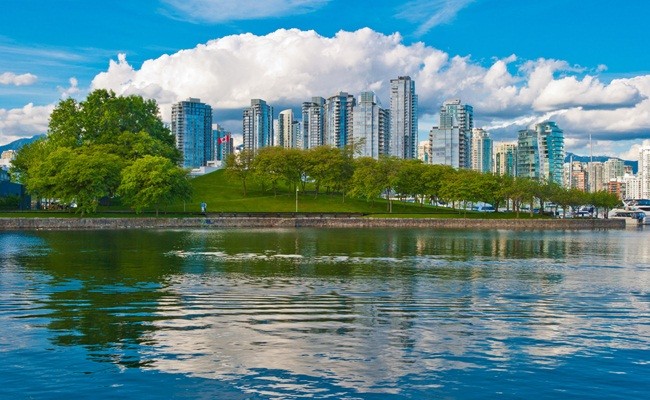 The city has a multitude of locations that could serve as part of your vacation destinations to visit when checking off the best things to do in Vancouver off your list.

Vancouver, Canada is a well-known tourist attraction that has accrued global praise for its nice climate, mixed vegetation, and welcoming folks of the city. If you’re pondering on why Canada is the best country, a solid factor might be this homely city with its monumental hills and mountains and its fascinating waterbodies. However, not all these places are kid-friendly. Going swimming, diving, or snorkeling might be a cool thing to do in Vancouver, but it is dangerous to go on such activities with kids. Therefore, as a global tourist attraction, there are many other areas of Vancouver, Canada to take your kids to for them to have and some of these vacation ideas are museums, kid shops, and water parks among others.

1. Kids Market
There is something innately pure about this kids' shop that makes everyone who visits it fall in love. After leaving your hotel in Vancouver with your kids to explore the city, if you can, be sure to check out this quaint yet wonderful kids’ toy and clothes shop as part of your things to do in Vancouver. The main thing about the Kids Market is how unique it is in the sense that everything there is hand-crafted. There are no typical machine-made toys or clothes done en masse, but instead, there is a human element to the toys bought there as you know that they were carefully crafted by an individual. To cement buying toys at this destination further as a candidate for the best thing to do in Vancouver, Canada, you should know that the toys are educational too, with your kids able to learn something while playing with them.

2. Water Park
The water park at Granville Island is, unbeknownst to many, the biggest water park that is free in the entirety of North America. As opposed to taking them to a waterfall or more dangerous areas having water, a fun thing to do in Vancouver could be to take your kids to the water park. Due to it being located on an island, you’d have to use one of the many modes of transportation the city has provided. Normally, people can ride a bicycle there or just walk, but doing that with kids isn’t the best idea. If you wish to drive there in your car with your kids, that’s fine. , but the best option I’d recommend is taking the ferry to give your kids a nice view as you guys go. There are mini ferries moving from the docks to the island and vice-versa.

3. Sightseeing on vehicles
How about hopping your kids onto a trolley or an open-air bus to take a tour of the city while having a snack? On the list of things to do in Vancouver, this should rank highly due to the fact that it is safe, easily accessible, and educative as both you and your kids learn about the locations and their relevance to the city. Even better is the ability for the trip to be tweaked based on the feelings of the passengers; this means tourists can stop and check out a destination that really stands out to them before climbing back to the bus and going to the next place. The tour guides are very nice and clear in their behavior and explanations, so all-around, sightseeing on a trolley is a great thing to do in Vancouver.

4. Kitsilano Beach
This is a nice beach to visit when you go to the city as it has very nice properties such as golden sand which the kids can play with and unique pebbles to be found. The beach is also a good choice for visitors because of its closeness to downtown - a quick ten-minute drive will get you there - but that’s not all. Being a place for all ages, your children could head to the playground where they can build sandcastles and whatnot while teenagers can engage in some of the sports activities present on the island. As an adult, there are benches and logs situated all around the beach for you to relax and watch over your little ones as they have fun; you might even want to join them.

5. Vancouver Aquarium
One thing kids are fascinated by is animals, and even though taking them to a zoo is a good choice, we are recommending the aquarium instead as a better option due to the aesthetic value of taking your children to a place like this. The aquarium is filled with up to fifty thousand sea creatures and all of them are there for you and your children to explore while being totally safe. Watch your kids as their eyes lit up marveling at a jellyfish dancing in the water or take them to see sea lions training. There are just so many wonderful sea creatures that even you might not know existed to be found in this magnificent aquarium. You can book a hotel in Vancouver aquarium using https://karta.com.

6. Museum of Vancouver
This one will be a hoot to take your children to as they would be enthralled by the old artifacts curated and put on display for their education and viewing pleasure. They’ll be able to see how the world was back then before technology, and they’ll also learn other things that differ from the current time such as the clothes, cultures, stories, and architecture. But this monumental museum isn’t limited to children as teens and adults could learn quite a lot about the history of Vancouver, Canada, and several other things like the ships, lore, and weaponry used back in those days.