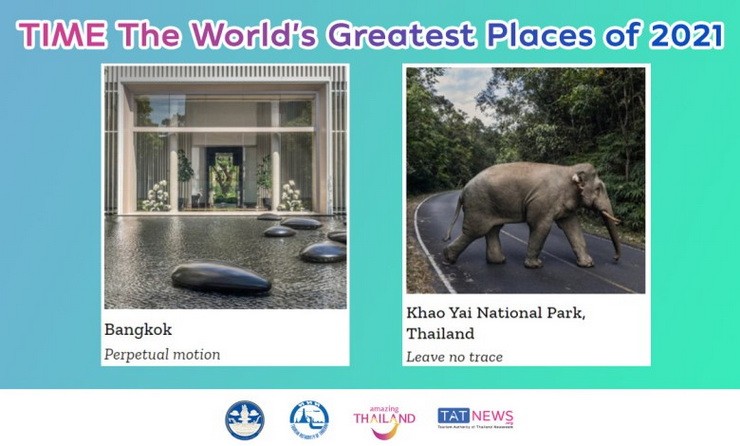 Bangkok, Thailand – The Tourism Authority of Thailand (TAT) announced that Bangkok and Khao Yai National Park have been included in Time magazine’s list of ‘The World’s Greatest Places of 2021’.

In compiling this 3rd annual list of the World’s Greatest Places, Time considered nominations of countries, regions, cities, and towns from its international network of writers with a particular interest in those offering new and exciting experiences. The list was published on 20 July 2021.

The magazine described the inclusions in the World’s Greatest Places of 2021 as “100 extraordinary destinations to explore”. Commenting on Bangkok, the magazine said “Bangkok has always been known for its hustle and bustle. Soon the Thai capital will boast Southeast Asia’s largest railway terminal as well. In November, Bang Sue Grand Station, containing 26 platforms over four floors, is expected to open, shuttling passengers all over the country and a wider region.

“Two luxury hotels have also opened on Bangkok’s riverfront: Andy Miller and Richard Scott Wilson’s playful Capella Bangkok, where each room and suite has a river view, and the Four Seasons Hotel Bangkok at Chao Phraya River, which offers open-air terraces, pools, and a lobby art-exhibition space. Recent restaurant openings include Aksorn – by legendary chef David Thompson, who creates dishes from vintage Thai cookbooks, and Charmgang, which opened before the pandemic shutdown, known for its curry.” 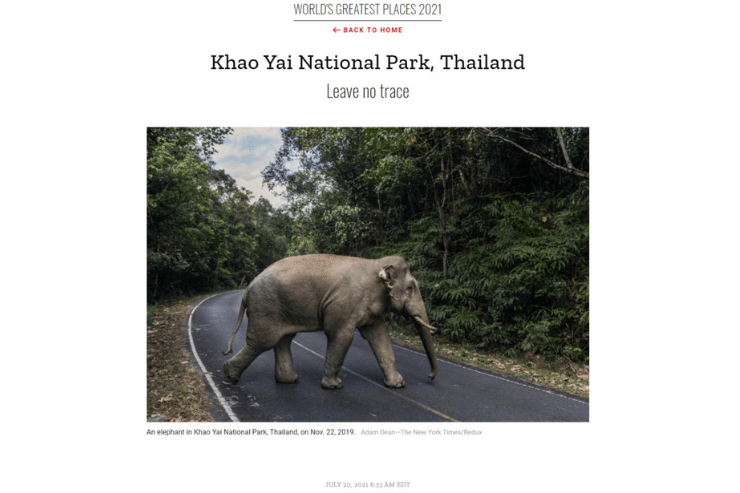 Of Khao Yai National Park, the magazine said “Thailand’s most cherished natural wonders benefitted from the pause in international and domestic tourism. Rangers in Khao Yai National Park – a vast expanse of forest and grassland indented by rushing rivers and spectacular waterfalls – have reported an uptick in wildlife sightings during the pandemic, featuring a cast of animals including the Asian black bear and the gaur, the world’s largest bovine.

“The Park has also seen another kind of growth with hotel openings; such as, the all-villa Roukh Kiri Khao Yai and the upcoming InterContinental Khao Yai National Park, which will feature upcycled train cars that have been transformed into luxury suites.”