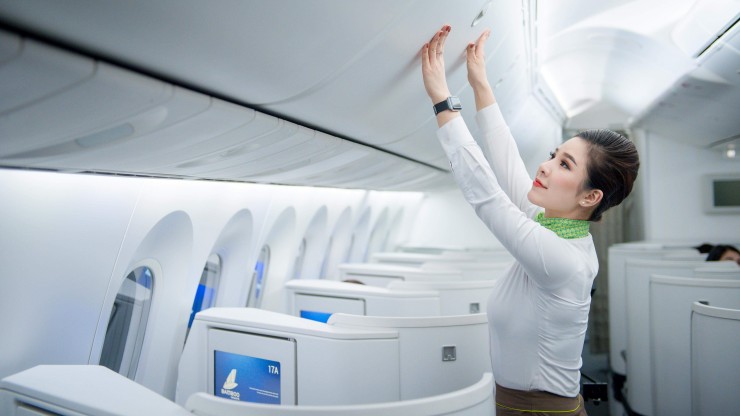 Bamboo Airways has been officially granted the Foreign Air Carrier Permit from the US Department of Transportation (USDOT) to operate air transportation of persons, property and mail between Vietnam and the US. This Permit is a prerequisite for an airline to establish services to the US.

Bamboo Airways is authorized to operate nonstop flights by wide-body aircraft Boeing 787-9 Dreamliner between major airports in Vietnam such as Hanoi and Ho Chi Minh City with all international airports in the US, including some key airports in Los Angeles or San Francisco that Bamboo Airways is considering for its first maiden flights. This event also opens up opportunities for codeshare co-operation between Bamboo Airways and reputable partners in the US.

According to Mr. Nguyen Ngoc Trong - Deputy General Director of Bamboo Airways, this is an important milestone in the Carrier's flight route promotion in the near future. After having the Permit from the USDOT, the carrier will continue to implement licensing procedures from the US Federal Aviation Administration (FAA), the US Transportation Security Organization (TSA), and relevant US authorities.

In parallel with the licensing procedures, Bamboo Airways has prepared facilities and equipment to meet operating standards. The Carrier has been urgently building the personnel apparatus by training pilots and improving the fleets. The staff are thoroughly and comprehensively trained on requirements and regulations related to safety and security, legal conditions, federal and state laws and market situations, etc., to prepare all conditions for exploitation.

"Depending on the pandemic recovery of the US and market conditions, by the end of 2020 or at the beginning of 2021 at the soonest, we will operate nonstop flights to the US", said Mr. Nguyen Ngoc Trong.

In term of legal aspects, in 2003, Vietnam and US signed an aviation agreement that allows carriers of the two countries to operate nonstop flight with frequency of 1 flight per day or fly over to a transition country before departing in the US.

In 2010, the Civil Aviation Authority of Vietnam (CAAV) reviewed and reassessed the agreement, concluding that there are no restrictions or obstacles on passengers, flight frequency, etc., to apply for permission to open flights connecting Vietnam and the US.

And after 10 years of effort, in early 2019, the Vietnam Aviation Administration obtained the US CAT-1 certificate. This is a prerequisite for Vietnamese airlines to apply for permits to fly to the US and to codeshare with US airlines. The FAA will continue to evaluate the capacity of each particular Vietnamese carrier.

That Bamboo Airways was licensed by the US Department of Transport to fly to the US has contributed to affirming the operating capacity, absolute safety and service quality of Bamboo Airways in particular and Vietnamese aviation industry in general is on par with international standards.

CAAV appreciates Bamboo Airways’ effort in obtaining the Permit. A leader of CAAV said that the establishment of nonstop flight route between Vietnam and the US not only has commercial meaning but also demonstrates Bamboo Airways and the whole industry’s competence, tightening the comprehensive relationship between the two countries.