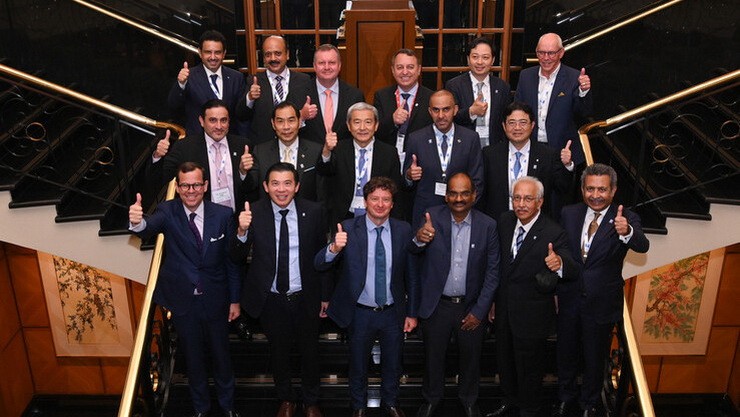 The appointment was approved at the 17th ACI Asia-Pacific Regional Assembly held today. The Assembly was hosted by Changi Airport Group—operator of Singapore Changi Airport, a leading air hub in Asia and one of the world's most awarded airports.

Mr. Lee, CEO of Changi Airport Group, who served as the President of ACI Asia-Pacific for the last four years, will continue to be part of the Board as Immediate Past President.

Reflecting on this term as President, Mr. Seow Hiang Lee, said: “It has been an exceptional four years, carrying the torch, especially over the last two years of the pandemic which has caused great disruptions to airports, to say the least. I sincerely thank the board and members of ACI Asia-Pacific for their unwavering support throughout my term.”

“ACI continues to be a positive force for the industry, and this has been demonstrated in our efforts to facilitate travel resumption – from advocating the use of digital Covid certificate to the mutual recognition of health status for more efficient clearance of travellers across countries. This has been particularly beneficial for the reopening of travel in our region. Under Emmanuel’s strong leadership, I am confident that ACI Asia-Pacific will continue to be a strong advocate for our region, to aid travel recovery as the industry bounces back,” Mr. Lee added.

Commenting on his new role, Mr. Menanteau, said: “I am profoundly honoured to preside over ACI Asia-Pacific for the upcoming two years. We have clear objectives: supporting the recovery of air traffic and connectivity in the Asia Pacific region and speeding up its sustainable transition. Following in Mr. Seow Hiang Lee’s footsteps, which I congratulate for his outstanding work, we will continue to uphold high standards of excellence in airport operations while simultaneously pursuing the industry’s action plan towards net zero emissions by 2050.”

Four new Regional Board Directors were also named at the Board Meeting for a three-year term, commencing June 2022.

The new Regional Board Directors are:

The Assembly witnessed the coming together of over 100 airports’ representatives and World Business Partners, including almost 20 Board members, from Asia-Pacific and the Middle East to deliberate on important decisions and discuss the latest business trends. It was the first in-person meeting since the pandemic broke out in 2020.

The Assembly also saw the appointment of Mr. Menanteau to the ACI World Governing Board. ACI Asia-Pacific Regional Board Director Mr. Fred Lam, of Airport Authority Hong Kong, was also appointed to ACI World Governing Board (WGB) as the Regional Advisor. The WGB is currently led Mr. Aimen Al Hosni (Oman Airports) that will continue to be engaged in the Asia-Pacific Board as a special advisor.

“We are excited to have this group of individuals join the Board and bring in their unique talents, expertise and perspectives to further our vision to promote excellence in airport management and operations. We are truly grateful for our outgoing president Mr. Seow Hiang Lee for his outstanding contributions over the course of the last four years. We look forward to working closely with our Board to further strengthen ACI Asia-Pacific’s programmes across the region,” said Mr. Stefano Baronci, Director General, ACI Asia-Pacific.

During the Assembly, ACI Asia-Pacific members also unanimously passed a resolution urging all members to voluntarily commit to net-zero carbon emissions and develop action plans to meet this commitment by proactively undertaking necessary steps to reduce emissions by using low carbon technologies in airport operations and infrastructure management. The resolution is consistent with the United Nations’ Special Report on Global Warming, which recommended all sectors to achieve net-zero human-caused carbon emissions by 2050.

Setting Up of Sub-Regional Office in Middle East

With an aim to further strengthen the ACI Asia-Pacific international exposure, the Board also approved the proposal of opening a sub-regional office in the Middle East, which will share services and interact with the Hong King office. This will help ACI Asia-Pacific to further customise its programmes to serve the members in the Middle East region.