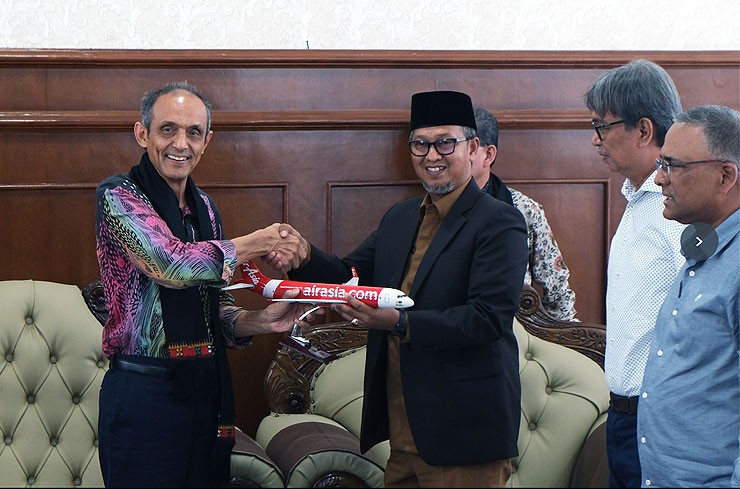 SEPANG - AirAsia applauds the reinstatement of Malaysia’s air-safety ranking to Category 1 by the US Federal Aviation Administration (FAA) as announced by the Ministry of Transport today.

The reinstatement is set to open more opportunities for its future medium to long-haul network plans especially to the US, and other Asian countries including Japan and Korea as they will grant the relevant regulatory approvals based on FAA standards. AirAsia X is currently the only airline in the group that operates to the US directly, to Honolulu, Hawaii, through Osaka, Japan.

Regaining the category also bodes well for the Group’s burgeoning maintenance, repair and overhaul (MRO) subsidiary, Asia Digital Engineering (ADE) as it will boost its service for regional and potentially other international airlines.

Group CEO of AirAsia Aviation Group Limited, Bo Lingam said: “After an industry reset following the pandemic, this announcement could not have come at a better time as travel demand picks up. Category 1 safety rating will not only allow us to expand our future network plans but also stabilise the country’s aviation industry as a whole.

“A massive congratulations to the Civil Aviation Authority of Malaysia (CAAM) for meeting the International Civil Aviation Organisation (ICAO) safety standards again and to the Ministry of Transport for their continued effort to improve the FAA's rating on Malaysia’s aviation status.

“We look forward to working closely with CAAM and the Ministry as well as all industry players to position Malaysia as a key aviation hub for the region.”

The latest routes are a strong testament to AirAsia's pledge to the local governments of Aceh Province, West Sumatra Province and Riau Province, to open international services from their main provincial airports. The new services are also in response to strong demand by local communities from both countries which share cultural similarities and familial ties and will boost tourism and creative economy in the regions.

In celebration of the service resumption to Indonesia, AirAsia welcomed flight AK421 from Kuala Lumpur to Banda Aceh with a delegation led by Dato’ Abdul Aziz Bakar, Non-Executive Director of Capital A. The flight was received by the local government representatives, with an exciting traditional performance.

AirAsia Malaysia CEO, Riad Asmat said: “Indonesia is a core market for AirAsia and we are thrilled to be back, launching four new routes such as these with additional eight weekly flights, on top of six existing routes delivering a total of 66 flights weekly to Indonesia airports this month. We are also very thankful for the strong support from the Government of the Republic of Indonesia and the provincial governments of Aceh, West Sumatra and Riau for their assistance in the reopening of these routes and more.

“As an airline group with extensive connectivity in Asean and the Asia Pacific, together with our affiliate, Indonesia AirAsia, we are thrilled to continue playing our role in bringing foreign tourists directly to various popular and underserved cities in Indonesia and Malaysia.

“We are excited to reconnect these cities to Kuala Lumpur and Penang, bringing tourists from Malaysia, reconnecting families, and serving business travel. We are confident that these new services will be popular both ways, and will provide numerous spin off effects to the local communities through the multiplier effect of tourism spending as well as increasing employment opportunities.”

Flights for Kuala Lumpur-Banda Aceh, Kuala Lumpur-Padang, Kuala Lumpur-Pekanbaru and Penang-Bali are now available for booking on the airasia Super App, as well as conventional and online travel agents (OTAs).

AirAsia Malaysia now flies a total of 10 routes to Indonesia. From Kuala Lumpur to Jakarta, Bali, Medan, Makassar, Yogyakarta, Padang, Pekanbaru and Banda Aceh, as well as from Penang to Jakarta and Bali with plans to increase services to existing and new destinations in line with strong demand in the future.