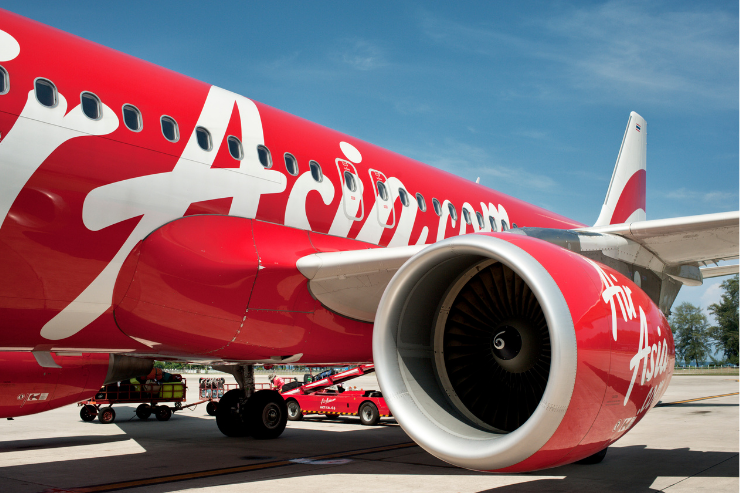 All four key operating entities of AirAsia posted significant year-on-year improvements during the Second Quarter of the Financial Year 2021.

AirAsia Group Berhad presented the following operating statistics for the Second Quarter of the Financial Year 2021.

All four key operating entities of AirAsia posted significant year-on-year (“YoY”) improvements during the quarter, on the back of a low base in the corresponding quarter last year as the Group’s fleet were hibernated for the most part of 2Q2020 following the hit of the pandemic since late 1Q2020.

As for quarter-on-quarter (“QoQ”) performance, AirAsia Philippines progressed steadily with 2% increase in number of passengers carried and 4 percentage points (“ppts”) increase in load factor to reach a commendable 78%, while AirAsia Indonesia’s load factor increased by 11 ppts QoQ. AirAsia remains committed to strengthening its domestic foothold while awaiting positive developments on international air travel. The expectation of high vaccination rates in ASEAN countries by the end of this year is lending confidence on upcoming recovery, enhanced by the Group’s robust short-haul model in addition to leaner and more stabilised operations.

AirAsia Malaysia’s operations remained constrained QoQ due to a lockdown and interstate travel restrictions imposed from January 2021. Nonetheless, AirAsia Malaysia carried a 64% higher number of passengers YoY on 54% higher capacity, subsequently resulting in a 4 ppts increase to a healthy load factor of 64%. The ongoing subdued operations are expected to persist until Malaysia reaches herd immunity by the fourth quarter of this year. The government has recently set a new target of vaccinating all adults by October 2021.

Aided by sustained operational momentum since 1Q2021, AirAsia Indonesia posted substantial YoY growth against the same quarter last year. Though the number of passengers carried showed a mild 1% dip QoQ, the load factor grew by 11 ppts to 67% in 2Q2021 due to more stringent capacity management. AirAsia Indonesia was operating approximately 70% of pre-pandemic domestic capacity in May 2021 and demonstrated strong signs of recovery before it had to enter hibernation mode in early July in support of the containment efforts by the government as infection cases increased.

AirAsia Philippines’ strong rebound seen in 1Q2021 further increased in 2Q2021, posting a 2% higher number of passengers carried QoQ and 4 ppts higher load factor to record a solid 78%. The monthly breakdown showed that the load factor was as high as 83% in June 2021, boosted by active capacity management. This was despite running a limited number of charter and passenger flights due to community quarantine restrictions and despite flying only from its Manila hub.

AirAsia Thailand more than doubled the number of passengers carried YoY and reported a 9 ppts increase in load factor to 61% in 2Q2021, boosted by higher demand during the Songkran festival in April 2021 and on the back of low base effect in the same quarter last year. On a QoQ basis, despite having successfully resumed all domestic routes by the end of 1Q2021, AirAsia Thailand’s recovery was short-lived due to the new Covid-19 wave that began in mid-April 2021. AirAsia Thailand posted a 26% QoQ decline in passengers carried, most significantly in June. Nevertheless, the load factor was held firm at 78% in June, attributed to active capacity management.