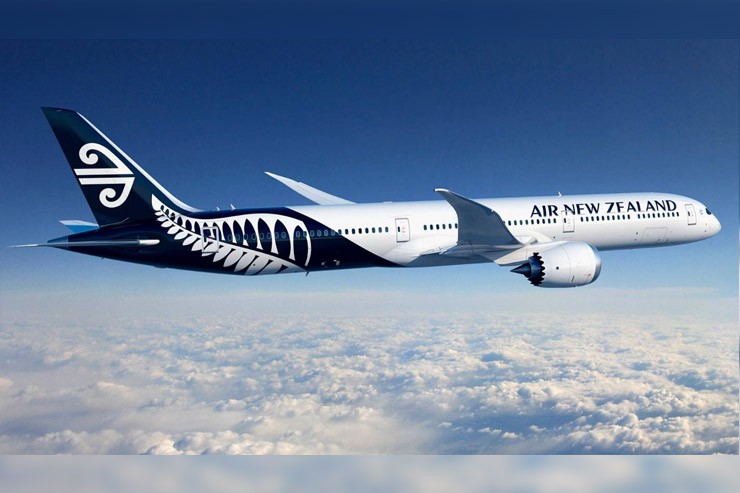 The airline plans to add eight super-efficient 787-10 airplanes to its growing Dreamliner family.

Auckland, New Zealand - Air New Zealand has announced plans to add the largest 787 Dreamliner model to its world-class fleet with a commitment to buy eight 787-10 airplanes, valued at $2.7 billion at list prices, to join its current 787-9 and 777 fleet.

According to Christopher Luxon, Air New Zealand Chief Executive Officer, with the 787-10 offering around 15 percent more space for both customers and cargo than the 787-9, this investment creates the platform for our future strategic direction and opens up new opportunities to grow.”

He added: "The 787-10 is longer and even more fuel efficient. However, the game changer for us has been that by working closely with Boeing, we've ensured the 787-10 will meet our network needs, including the ability to fly missions similar to our current 777-200 fleet."

The 787-10 is the largest member of the super-efficient and passenger-pleasing Dreamliner family. At 224 feet long (68 meters), the 787-10 can serve up to 330 passengers in a standard two-class configuration, about 40 more than the 787-9 airplane.

Powered by a suite of new technologies and a revolutionary design, the 787-10 set a new benchmark for fuel efficiency and operating economics when it entered commercial service last year. The airplane allows operators to achieve 25 percent better fuel efficiency per seat compared to the previous airplanes.

Ihssane Mounir, Senior Vice President of Commercial Sales and Marketing, The Boeing Company, said: "Air New Zealand is one of the world's leading long-haul carriers that has built an amazing network to connect the South Pacific with Asia and the Americas.

“We are honored that Air New Zealand has chosen to grow its future with the 787-10, the most efficient widebody airplane flying the skies today," he said. "With the 777 and now the 787-9 and 787-10, Air New Zealand will have an incredible widebody family to serve its passengers and grow its international network in the years ahead."

Air New Zealand was a global launch customer for the 787-9 and today operates 13 of the Dreamliner variant. With another 787-9 on the way and the 787-10 airplanes in the future, the airline's Dreamliner fleet will grow to 22.

Air New Zealand's widebody fleet also includes seven 777-300ERs and eight 777-200ERs, which it is progressively replacing with the aircraft order announced on 26 May.