The Adelaide Festival Centre has contributed for years to the brand image of South Australia (SA) as “The Festival State” by transforming Adelaide into an eventful city.

Festivals do not only create social and cultural prosperity, but they have also become central to processes of urban tourism development and revitalization, as cultural production and consumption have become a major element of the urban economy. By creating and marketing events, cities can significantly shape their image, spaces and their economy.
The Adelaide Festival Centre has contributed for years to the brand image of South Australia (SA) as “The Festival State” by transforming Adelaide into an eventful city. Moreover, by integrating the value chains of various sectors (i.e. wine, food, arts, culture, retailing) in order to generate memorable experiences to its festival participants and multiplier economic effects to the local economy, the Adelaide Festival Centre has become an important stakeholder of the SA tourism economy.
This year one of its landmark festivals, The Adelaide Cabaret Festival, is celebrating its 16th anniversary.
The Adelaide Cabaret Festival, which is the biggest festival of its kind, has become a major event in the international and Australian arts calendar. The Adelaide Cabaret Festival has garnered a reputation of highlighting the best local, national and international artists through an eclectic program of classic and contemporary cabaret performances. The 16th Adelaide Cabaret Festival runs from the 10th to the 25th of June 2016 and it features more than 5 performances per day for everyone and all ages.
By being positioned in a unique and niche market, the Cabaret Festival attracts international attention and generates critical tourism demand. The Festival takes place every year during the month of June, supporting the local businesses to boost occupancy and revenues during the slow winter season. In addition, by avoiding the “mad March”, the Cabaret Festival participants avoid the crowds and can adopt a ‘slow tourism’ approach for exploring and enjoying Adelaide and its surrounding wine valleys.
John Glenn (Executive Producer for the Adelaide Cabaret Festival and Commercial Ventures at the Adelaide Festival Centre) further explains the impacts of the Festival in the SA tourism economy. The role of the Adelaide Festival Centre in assisting Adelaide to become an eventful city is remarkable, as nowadays cities compete to be eventful and not monumental.

John Glenn (photo credit: Claudio Raschella)
Marianna Sigala: The Adelaide Cabaret Festival is a unique festival. Can you explain how it has started and developed over the years?
John Glenn: The Festival was the brain-child of Frank Ford who has had a long career in producing shows in Australia and overseas and was the founding father of the Adelaide Fringe Festival. It was conceived during a period where the number of big touring shows was in decline in Australia, and the Adelaide Fringe was seen as being too focused on comedy and not on emerging artists of other genres.
Right from the first Festival in 2001, international artists have been drawn to Adelaide as the home of the world’s biggest Cabaret Festival. The South Australian government immediately recognized the uniqueness and niche market that the Festival could position itself in, as well as the benefits of having a winter arts festival, and committed to ongoing support.
Under the direction of inaugural Festival Director Julia Holt the first few years saw an immediate ground swell of support and it has continued to grow every year ever since. Since Julia Holt, Artistic Directors have included David Campbell, Kate Ceberano and Barry Humphries. In 2016, our sixteenth Festival will be under the artistic co-direction of Ali McGregor and Eddie Perfect.
M.S: The Adelaide Cabaret Festival takes place during the quite winter season and not in parallel with the “mad March” festivals in Adelaide. How does this contribute and aligns with the strategy of the Adelaide and SA tourism economy?
J.G: Adelaide is without doubt the leading city of festivals in Australia and easily one of the most prominent cities offering unique and hugely popular Festival in the world. There is no question that much of the focus rests on the Adelaide Festival, Fringe Festival and WOMADelaide in ‘Mad March’, however there are still a range of other festivals that take place throughout the year to a wide range of different audiences with significant government support. This is a very deliberate strategy of the South Australian government who continue to see the value to the local economy of the huge visitation and economic impact that festivals delivery year round.
Adelaide Cabaret Festival is unique in that it takes place almost entirely under the roof of Adelaide Festival Centre in the middle of winter. Patrons dress up in their winter finest clothes to experience the best of world cabaret. It’s a very stylish festival. Visitation from interstate continues to grow and the festival is very well known overseas. Many prominent cabaret artists the world over see participation in Adelaide Cabaret Festival as a must on their bucket list of places to perform.
M.S: What is the target audience of the Adelaide Cabaret Festival and who should attend?
J.G: There is such a diversity of genres covered by cabaret – music, music theatre, comedy, dance and burlesque, anarchy – and this year we have introduced a strong component of family product. There is something for everyone and all ages.
Our audience is very loyal and we have an enormous amount of repeat visitation each year – people who wait eagerly for the program to come out each year and then buy up big on shows. Because of the unique nature of cabaret shows, which often last on average about 60 to 80 minutes a show, many patrons plan to see two to three shows a night and we plan our program very carefully to make this as easy as possible.
All of that said we don’t spend a lot of time trying to define who our core audience is because we don’t want to run the risk of programming artists who will appeal to the same people every year. Cabaret by its very nature allows us to push the boundaries of performance and keep each year’s program new and fresh, while ensuring we have a core group of acts that appeal to everyone. As Eddie Perfect our Artistic Director said in a recent interview about programming new and exciting acts, “We don’t want to smash the house… We just want to keep some of it and add a few bathrooms.”
M.S: Does the Adelaide Cabaret Festival aim to collaborate and make synergies with other sectors within the SA economy, e.g. arts, wine – food etc. how is this achieved? How would you describe the role of the role of the Adelaide Festival Centre within the SA tourism economy?
J.G: As mentioned we aim to ensure patrons can spend an entire evening with us, see two or three shows, but also eat some fine food and drink the best of South Australian wine. We have a dedicated food precinct called Wintergarden, where we hand select local producers and providers to bring unique food. We also partner with South Australian wine makers to sponsor and provide the finest wines we can offer and showcase.
Last year we introduced to the Festival program the Cabaret Dinner. This involves a high-profile South Australian chef designing and delivering a three course meal, matched with fine South Australian wines, and accompanied by four to five acts from the Festival program. In its first year it sold out and this year has become one of the hottest tickets to get hold of.
Adelaide Festival Centre – aside from being the major performing arts centre in the state – manages and delivers four very high-profile Festivals in Cabaret Festival, OzAsia Festival, Adelaide Guitar Festival and DreamBig Children’s Festival. We engage with many hundreds of thousands of people each year through these Festivals as well as our core in-venue program and contribute hugely to the South Australian economy as a result. 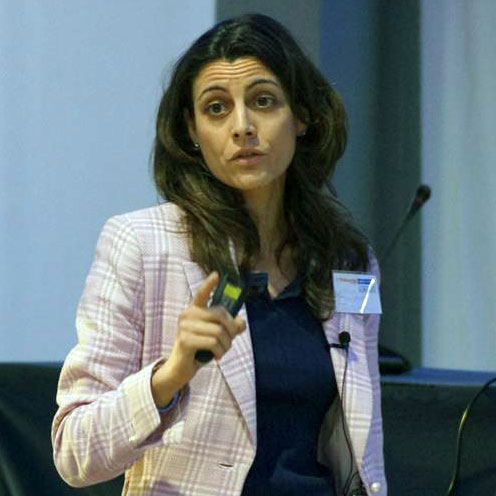