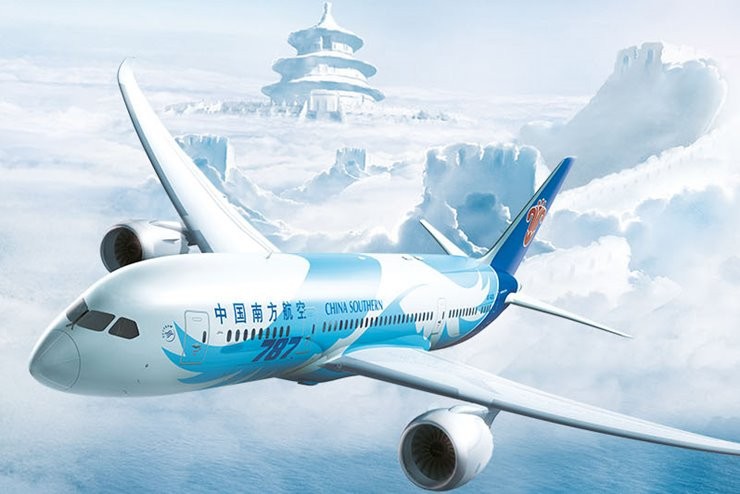 During the peak summer season, the new route is mainly targeting tourists, students interested in study tours or studying abroad, and business travelers.

SANYA, China - China's Hainan province announced the launch of its first intercontinental route between Sanya and London after China unveiled its plan to build Hainan island into its pilot international free-trade zone. The maiden voyage carried 214 passengers on a non-stop flight from Sanya's Phoenix International Airport on July 12th 13:00 pm CST. That the flight was filled to 99% capacity, showing Hainan's years of effort in promoting its abundant tourism resources in England have now taken effect. This new flight route not only links Hainan and Europe, but also adds a UK stop to Hainan's international flights. The launching ceremony for the maiden voyage was held by the provincial government of Hainan and China Southern Airlines Company Limited.

The British Consulate General Guangzhou Acting Consul General Andrew Ould said, "Hainan is facilitating the construction of China's free-trade zone. I believe that the launch of the direct flight between Sanya and London will help attract more visitors from the UK to spend their holidays in Sanya and UK-based companies to invest and establish facilities in the city." Mr. Ould also shared several favorable policies concerning UK tourists applying for visas.

A Dong, Mayor of Sanya, said that since Europe has become a popular destination among Chinese tourists, Sanya's tourism service providers have also increased their focus on the European market, especially London. The route between Sanya and London is a step towards implementing Hainan's strategy to allow travelers from 59 countries to enjoy visa-free access to Sanya and will help Sanya deepen communication, trade, and cultural and tourism exchanges with the UK and Europe and contributes to Hainan's status as an international free-trade zone.

Sanya has witnessed incredible growth in its tourism industry. A year-on-year growth in inbound tours have encouraged airlines to accelerate international expansion. Sanya recorded approximately 450,000 visitors in 2016 and that figure increased to 700,000 in 2017. As of July 12, 2018, Sanya has launched 34 international routes serving 25 destinations such as the UK, Russia, South Korea, and Japan.

Since May, the Sanya Tourism Development Commission has taken advantage of favorable policies, such as visa-free access to Hainan for tourists from 59 countries and the direct flight between Sanya and London, to host a variety of promotional campaigns targeting UK tourism service providers. Sanya warmly welcomes travelers to enjoy the tropical sights and beaches as well as the strong portfolio of offerings specifically designed for British tourists, including activities that can be enjoyed by the whole family. The Sanya Tourism Development Commission has also enhanced efforts in promoting the new flight services using both online and offline campaigns in a move to improve awareness and popularity of Sanya among tourists from London.

During the peak summer season, the new route is mainly targeting tourists, students interested in study tours or studying abroad, and business travelers.

Hainan province has recorded an increasing number of tourists from UK each year and began prioritizing European tourists last year. The launch of the Sanya-London route will surely help increase visitors to Hainan and provide convenient travel for British citizens seeking to enjoy the unique features of Sanya such as tropical rainforests, sunshine, beaches, and the rich culture of the local Li and Miao as well as the province of Hainan.