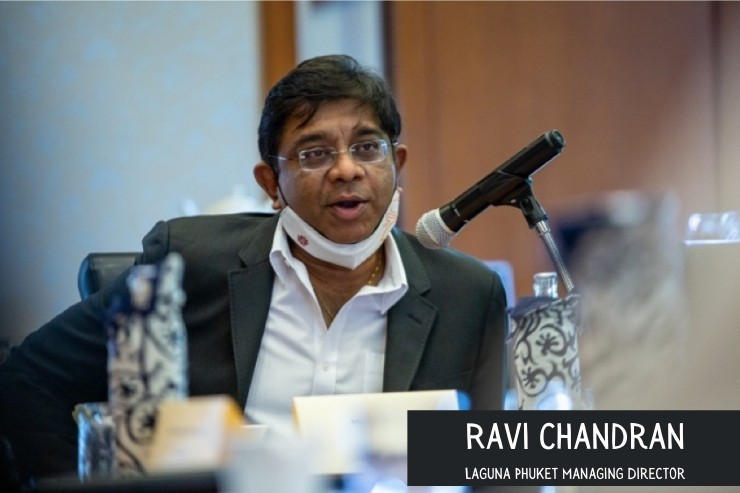 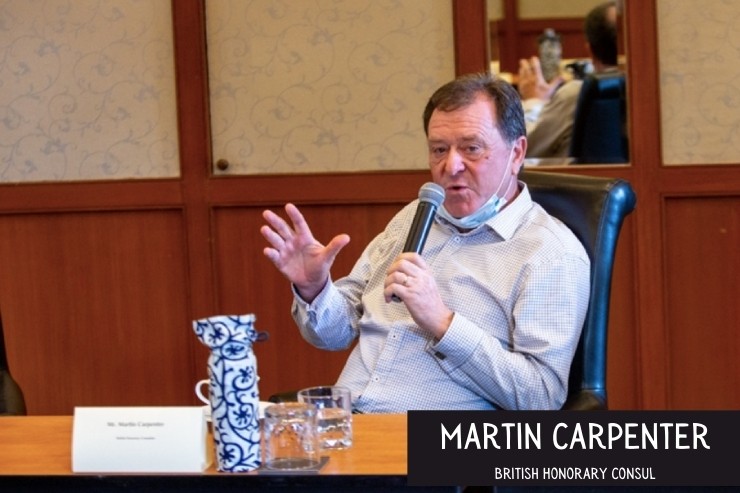 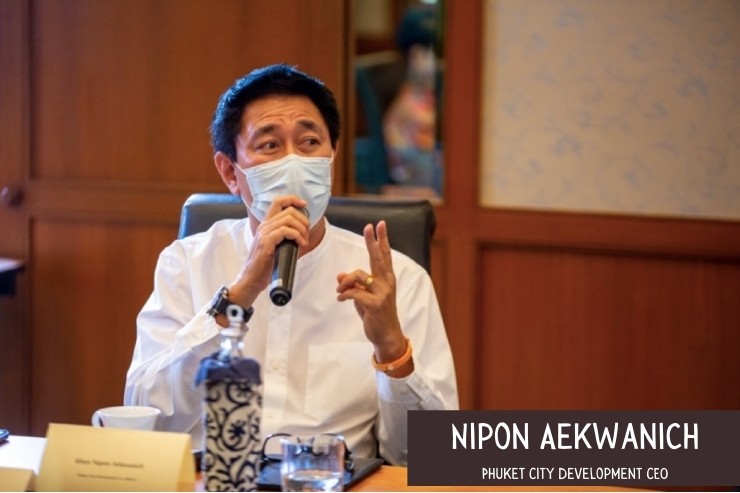 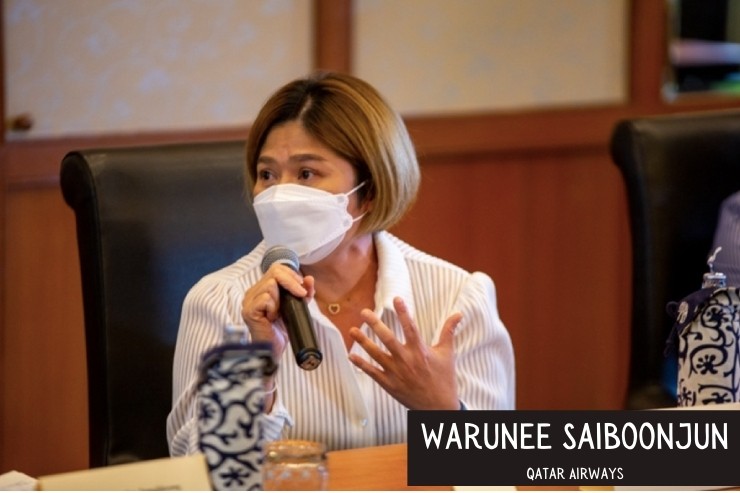 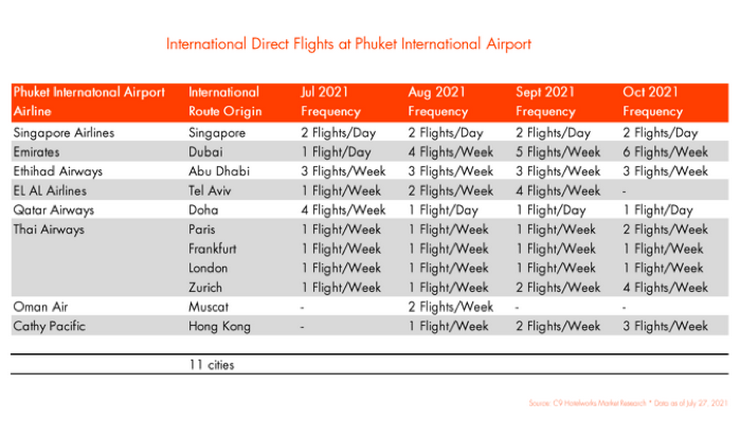 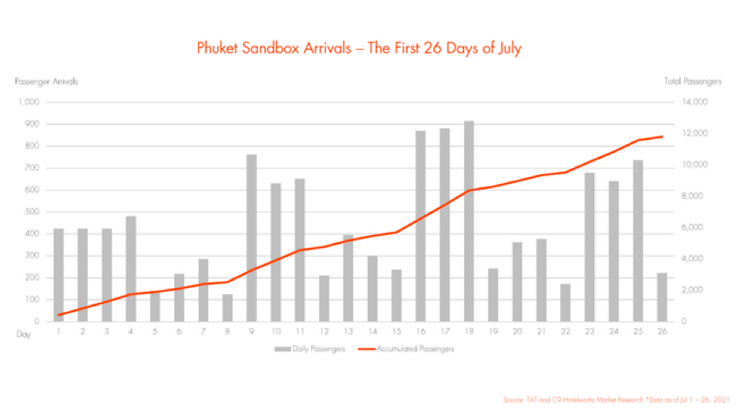 As Bangkok grapples with rising numbers of Covid infections, leading tourism voice KP Ho, Executive Chairman of Banyan Tree Group, has told European envoys, airlines, senior officials and business leaders, that for Phuket Sandbox to succeed it is imperative for Phuket to be given “green” destination status.

Speaking at the Phuket Sandbox Summit held at Laguna Phuket, KP Ho called on policy-makers in Europe and around the world to support Phuket as a separate “green” zone.

Phuket has the potential to lead the global tourism recovery, as the historic Phuket Sandbox initiative sets the standard for other destinations to follow, he said. But, to succeed, governments need to recognise it as a safe, self-enclosed destination, rather than combining its travel status with the rest of Thailand.

KP Ho’s position was supported by the Tourism Authority of Thailand (TAT) at the Phuket Sandbox Summit. Deputy Governor for International Marketing Europe, Africa, Middle East and the Americans, Siripakorn Cheawsamoot, said: “We are trying to propose Phuket to the UK government to be on the green list of destinations, even though Thailand is on the amber list. We are optimistic about Phuket Sandbox. Phuket is safe and we will never compromise anyone’s safety.”

He confirmed there were almost 300,000 rooms booked until the end of August in SHA Plus hotels, with nearly 13,000 arrivals and 124 flights after 28 days, with many more scheduled. Top markets are the US, UK, Israel, Germany, France, the UAE and Switzerland with an average length of stay 11 days.

As anxiety grows across Southeast Asia’s key travel destinations struggling with infection numbers, the Phuket Sandbox model is rapidly becoming the standard bearer of hope for the tourism industry.

Launched on 1st July 2021, the Sandbox enables fully vaccinated international visitors to fly directly to the destination and stay on the island quarantine-free. Hotels need to ensure at least 70% of their staff have received vaccines – the same inoculation rate as Phuket’s population, creating herd immunity against Covid-19. While the high level of protection doesn’t prevent people from catching Covid-19, it does significantly reduce the likelihood of serious infection and hospitalization.

“Infections and re-infections are not what really counts; it’s hospitalisation rates and ICU rates that count. The Thai government have to emphasise those new numbers and shift the narrative towards ‘how many people are really getting sick?’, not ‘are the numbers going up?’,” added Mr Ho.

By reporting this new data, he said, it should be possible for Phuket to be set apart from the rest of Thailand and placed on the ‘safe list’ of destinations to visit. This is not without precedent; the UK government for example, has put the island of Madeira on its green list, while the rest of Portugal remains on the amber list. The same rule applies to Denmark and the Faroe Islands.

“What's really important is that EU countries – the national governments, spurred on by travel agents, the media and other people – recognise that it’s necessary to disengage the perception of Phuket from the rest of Thailand. It should be a situation where Thailand could be a red alert zone but Phuket could be a green zone,” said Mr Ho. "It could be possible to create a series of Sandboxes in other destinations, such as Koh Samui (which recently launched Samui Plus), Bali and Phu Quoc. As long as that Sandbox is well-organised, as it is in Phuket, it should be separated from the rest of the country.”

Vice Governor of Phuket, Mr Piyapong Choowong, added: “I would like to confirm we support Phuket Sandbox. We are making sure people on the island and all visitors are safe so we can run the Sandbox smoothly and continue to welcome more tourists to Phuket.”

Presenting the most up-to-date data, C9 Hotelworks Managing Director, Bill Barnett, added: “There is a lot at stake but what is clear is that Phuket Sandbox is alive and well, and it’s working.”

The Phuket Sandbox Summit was held at Laguna Phuket, attended by: