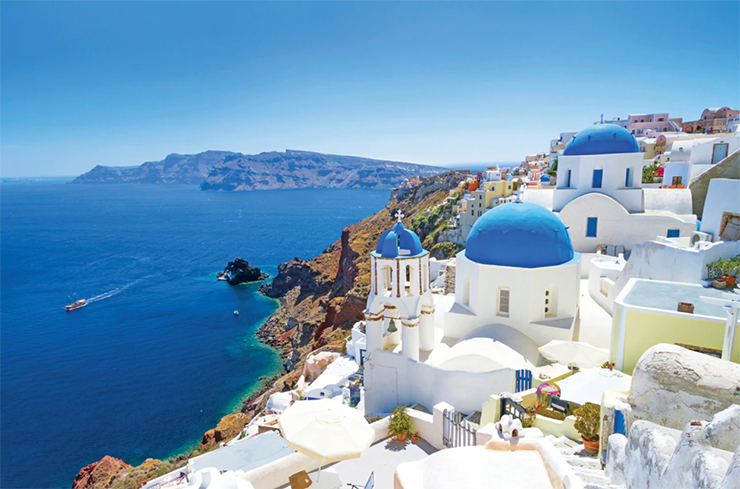 Restrict measures in many places have started to be lifted as preventive efforts paid off.

Beijing, China, (Xinhua) - With borders being temporarily closed worldwide and passenger flights mostly canceled to curb the spread of the coronavirus, tourism has been one of the worst affected sectors amid the COVID-19 pandemic.

Restrict measures in many places have started to be lifted as preventive efforts paid off. Tourists are eager to get outdoors while governments begin to think how to bring them in while keeping COVID-19 out.

They urged "the tourism industry and related private actors to take advantage of the coming weeks to take appropriate preventive measures so that they can protect travelers as soon as freedom of movement and travel is restored," according to a joint declaration.

Following the conference, Cyprus' Foreign Minister Nicos Christodoulides said his country's tourism sector will restart sooner in June than originally planned, given its epidemiological situation, and a detailed travel advice will be issued for each country.

Meanwhile, Greek authorities said on Tuesday that they will allow travel to and from all its islands.

Restaurants will open on May 25 and hotels are scheduled to follow on June 1 as Greece is taking steps to kick start its tourism sector, a pillar of its economy.

Ersoy said Turkey has called 70 countries to inform them about the health infrastructure in the country, ensuring them that Turkey is safe for tourism.

Turkey has also started a detailed certification program for hotels, which "was the first in the world, and the EU also decided to initiate a similar one," Ersoy said.

In recent years, Turkey has become a destination for health tourism, accommodating more than 1 million foreign patients in 2018.

In order to make up for the losses, Turkey will start accepting foreign patients next week from 31 countries, but only COVID-19 negative individuals will be accepted in the health facilities of Turkey.

Thailand's state tourism body on Tuesday revealed its plan to rebrand its tourism logo from "Amazing Thailand" to "Amazing Trusted Thailand" in the post-COVID-19 era.

The new brand name is aimed at selective markets and destinations inside Thailand that guarantees health and safety standards for both tourists and locals.

"October is the estimated month that we think tourists will visit Thailand, so all state agencies and the private sectors are working on a proper recovery plan that won't risk a second wave of COVID-19," said Yuthasak Supasorn, governor of the Tourism Authority of Thailand (TAT).